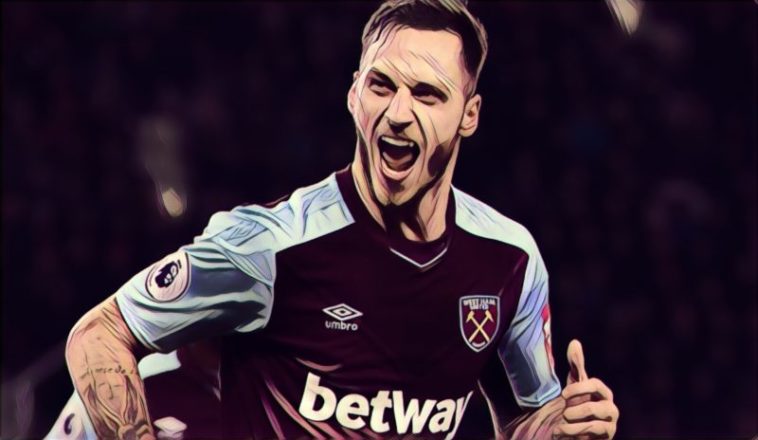 West Ham United forward Marco Arnautovic has insisted he knows nothing about reported interest from Manchester United and is happy at the London Stadium.

The Austrian has seen his name surprisingly linked with a move to Old Trafford, with reports suggesting Jose Mourinho is keen to add a strong and powerful centre-forward to his ranks as a backup to Romelu Lukaku.

United finished the season without the £75 million striker who was ruled out through injury, and struggled without him as both Marcus Rashford and Anthony Martial both failed to step up to the mark.

Despite Jose Mourinho claiming back in January that he wouldn’t be adding any more forwards to his side, his lack of firepower in Lukaku’s absence has seen him linked with West Ham forward Arnautovic and Mario Mandzukic of Juventus.

However speaking ahead of the World Cup the Austrian has claimed he has no knowledge of the Red Devil’s interest:

“I am happy with my job. Whatever happens will happen. I’ve never heard anything,” Arnautovic told Sky Austria.

“Even three weeks ago I haven’t heard anything. That’s why I cannot say anything about it.The only thing that bothers me is that I am in good health and that I am able to play football.”