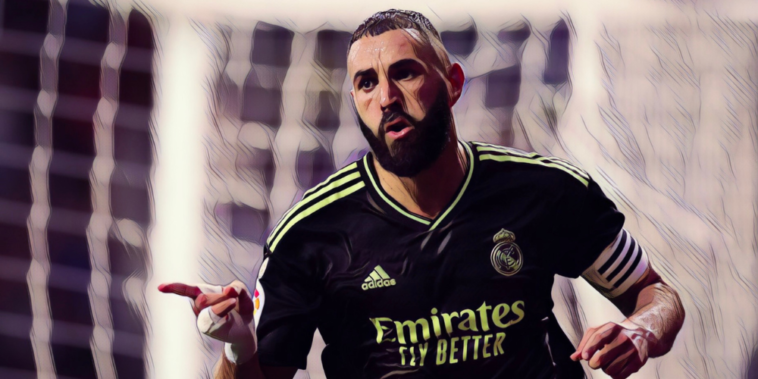 We’re just a handful of games into the 2022/23 season, but already teams with a perfect league record are in short supply.

Arsenal lead the Premier League after four games, having began the season with straight wins for the first time since the 2004/05 campaign, in which the Gunners began as defending champions.

We’ve decided to look at the three teams who still possess a 100% record across Europe’s top five leagues.

What a difference a year makes. Last season Arsenal began the Premier League in disastrous fashion, losing their opening three games for the first time since 1954.

After three games the Gunners were bottom of the division without a point or goal scored, before improving over the second half of the campaign to challenge for a top four finish.

That improvement has continued into the new season, with Mikel Arteta’s side top of the Premier League and boasting the division’s only 100% record. Arsenal opened the season with a win at Crystal Palace, before beating Leicester 4-2 in an entertaining first fixture at the Emirates.

Back-to-back wins over promoted sides Bournemouth and Fulham have continued a strong start, with summer signings Gabriel Jesus and Oleksandr Zinchenko – alongside returning loanee William Saliba – having added a new dimension to an improving side.

Arsenal host Aston Villa in their fifth fixture of the season this week and last opened the season with five consecutive wins in 2004/05. That season saw the Gunners finish as runners-up, following the club’s unbeaten title-winning campaign the previous season.

After a six-season absence from the Champions League, optimism is high over a top four finish at the very least this season.

Real Madrid have began the defence of their Spanish league title with straight wins, taking nine points from nine over the season’s opening month.

The reigning La Liga and European champions have started the season with three consecutive away fixtures, due to the construction work taking place at the Santiago Bernabeu Stadium.

David Alaba’s winner secured a 2-1 win at Almeria in their season opener, before a comfortable 4-1 thrashing of Celta Vigo that saw both Karim Benzema and Vinicius Junior on the scoresheet.

Carlo Ancelotti’s team were made to work for a third win in succession however, requiring two late goals from Benzema – timed in the 88th and 100th minutes – to earn a 3-1 win at Espanyol.

It’s been so far so good for Real Madrid, though Ancelotti will want his side to tighten up a defence which has failed to keep a clean sheet to date. Adjustments are expected however, following the summer signing of Antonio Rudiger and exit of midfield enforcer Casemiro to Manchester United.

Next up is a clash with Real Betis, as the league’s top two meet on September 3.

Real Betis have maintained in touch with the champions at the top of La Liga, winning each of their three fixtures so far this season.

Manuel Pellegrini’s side impressed last season to finish fifth and win the Copa del Rey, securing the trophy for just the third time in their history and a first major honour since 2005.

Betis are hoping to build on that momentum and secure Champions League football this season. Los Verdiblancos opened the La Liga season with a 3-0 thrashing of 10-man Elche, before successive wins over Mallorca and Osasuna.

Borja Iglesias has scored in each of those wins for Betis, with the 29-year-old the joint-leading scorer in La Liga so far this season with four goals, level with Barcelona forward Robert Lewandowski.