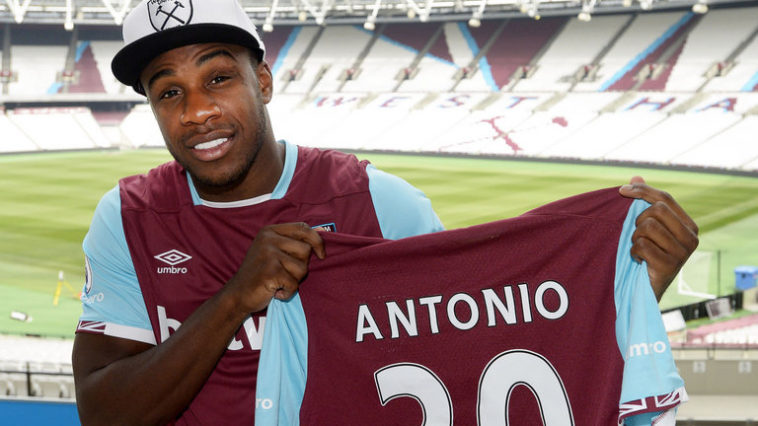 Michail Antonio’s signing of a new four-year contract this week is a major boost for West Ham and fans alike.

The club has shown the rest of the Premier League that they intend to keep their best players, something they have not done in the past.

Over the last couple of seasons, Antonio has been one of the club’s most consistent performers. His displays have not gone unnoticed as there were rumours suggesting Chelsea were interested in the 27-year old winger.

Since joining West Ham in the summer of 2015, Antonio’s all-action non-stop style has made him a fans’ favourite and the thought of him leaving would have disappointed many who watch the Hammers. This disappointment would have been compounded if he was to join the current league leaders, only to sit on the bench, which is not an unlikely scenario.

Last term, Antonio burst on to the scene midway through the season, making 26 appearances and scoring eight goals along the way. Among those games were some memorable outings, especially the winning goal in a 1-0 victory over Tottenham Hotspur and the second goal against Manchester United in the last ever game at the Boleyn Ground.

This season he has been in the first team from the off, and in 37 appearances he has scored nine goals. This makes him the club’s current top marksman, one ahead of Manuel Lanzini and two in front of Andy Carroll.

A host of outstanding performances this season have seen Antonio credited with five goal assists and accumulate a 41% shot accuracy.

These statistics may have been even better had it not been for an injury in late April, which unfortunately curtailed his season.

Nonetheless, although he has been missing throughout the club’s season-ending run-in, Antonio was recently crowned 2016-17 Hammer of the Year.

“This year has been a better year than last year because I’ve played from start to finish and I managed to get the England call-up I’ve been dreaming of since I was a child.”

“Now it’s a case of pushing on and I don’t want to drop my standards next season.”

Antonio has provided some good news for West Ham. All the club needs to do now is find a couple of new striking partners for Antonio to play with. Hopefully players that can last an entire season, unlike our current centre forwards.