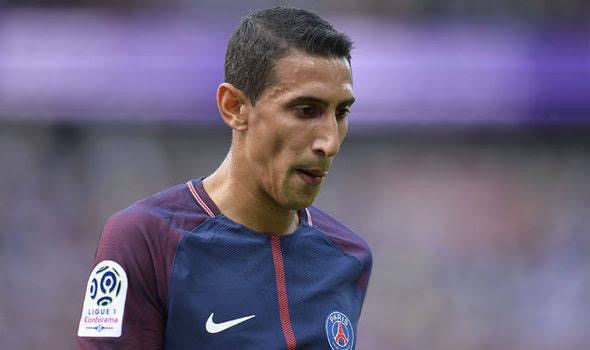 Former Manchester United winger Angel Di Maria is a shock target for Barcelona according to reports in Spain.

Spanish publication Sport claim that Di Maria is just one of a number of potential targets for the Catalan club as they desperately try to replace Neymar, who is now one of Di Maria’s team mates at Paris Saint-Germain.

Barcelona have made Liverpool’s Philippe Coutinho and Borussia Dortmund’s Ousmane Dembele their primary targets in their bid to replace Neymar, but are struggling to come to an agreement with either club.

According to the report, Di Maria wants to leave PSG following the arrival of Neymar, knowing that his opportunities at the French club will become limited.

He has two years left on his deal at the Parc des Princes, but would most likely be available for a similar amount to the €63m fee that PSG paid Manchester United two years ago.

The winger made a fanstastic start to life at Old Trafford, but quickly began to struggle under Louis van Gaal. He never looked the same player after his house was burgled and he eventually departed Old Trafford after just one season as Manchester United’s latest flop to wear the number seven shirt.

The move would of course cause much controversy in Spain, where he would become only the 12th player in history to have played for both Barcelona and their El Classico rivals Real Madrid, where he spent four successful seasons.

that is called bad luck 🙁