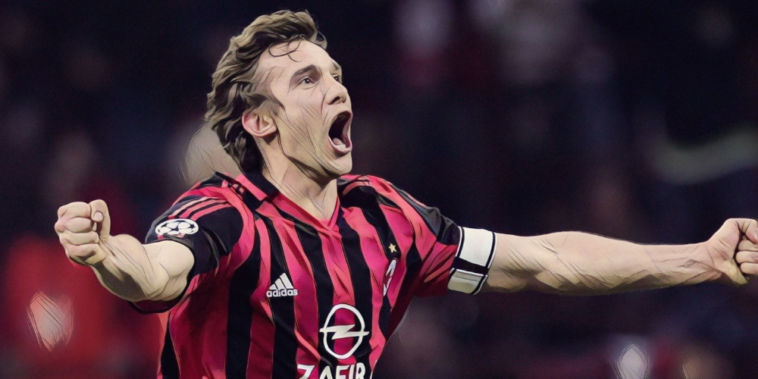 Andriy Shevchenko was one of the world’s finest forwards during his first spell at AC Milan, enjoying a prolific seven-year period in the colours of the Rossoneri.

Having rose to prominence as part of an exciting Dynamo Kyiv side in the late nineties, Shevchenko signed for the Italian giants in a club record deal that would become a shrewd investment.

The Ukrainian scored 173 goals in 293 appearances across his first spell at the San Siro, with only the legendary Gunnar Nordahl having ever scored more in the club’s colours.

Shevchenko finished as Serie A’s leading scorer during his debut season with Milan and repeated the feat in 2003/04, that latter season seeing the forward named as winner of the Ballon d’Or.

His time with the club also included scoring the winning penalty as Champions League success was secured against Juventus in 2003, stepping up to score the decisive kick following a goalless draw at Old Trafford.

Shevchenko’s time with Chelsea may not have proven to be quite as successful, but he was undoubtedly one of Europe’s most feared forwards during a glittering career in Italian football.