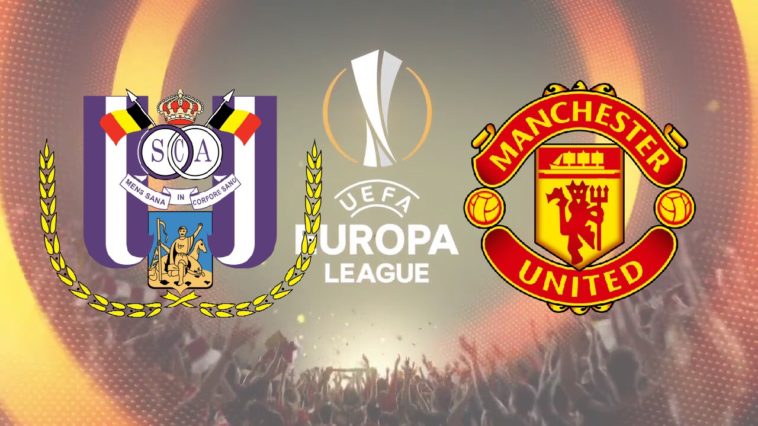 Manchester United travel to Brussels to face Anderlecht in the first leg of their Europa League quarter-final fixture.

United comfortably strolled past Sunderland on Sunday to win 3-0, meaning that they are now 21 games unbeaten in the league. However, they have struggled away in Europe for a long time now, meaning Thursday’s fixture will not be easy. Anderlecht drew 0-0 at home to Gent on Sunday and will be looking to react positively versus United.

Good news for United as David De Gea travelled to Belgium with the team after missing out at the weekend.

Captain Wayne Rooney will miss the clash after not feeling great with regards to pain in his ankle, whilts Ashley Young is not ready to participate. This may mean Luke Shaw could keep his place after a good performance against Sunderland on Sunday.

Antonio Valencia is also set to return after Jose Mourinho confirmed that he should be ready to play after missing the last two games. Juan Mata, Phil Jones and Chris Smalling are still unavailable due to long-term injuries.

For Anderlecht, Lukasz Teodorczyk has a race to be fit as the Polish striker was injured in their last game against KAA Gent on Sunday.

Road to the Quarter-Final

United, like Anderlecht, finished second in their Europa League group. Both teams saw off tough fixtures to reach the quarter-finals. Anderlecht beat Zenit St. Petersburg on away goals, and comfortably beat Apoel Nicosia 2-0 on aggregate to reach this stage. United dealt with difficult sides in Saint Ettiene and FC Rostov to face Anderlecht.

Players to Watch for Anderlecht

The stand-out player that comes to mind when talking about Anderlecht is 19-year-old Youri Tielemans. The youngster, who operates in central midfield, has scored three goals in the Europa League this season.

The Belgian starlet has scored some truly wonderful goals this season, and United will have to watch him closely tonight. Teodorczyk, who is a doubt for the game on Thursday, is also a threat and has done well since his loan move from Dynamo Kiev in the summer.

Ibrahimovic to score first is at 7/2

This game could make or break United’s season, and is therefore the biggest game of their season so far. With Chelsea on Sunday, and the return fixture only a week from today, United must get a result in Belgium. It won’t be an easy game by all means, with Anderlecht sitting comfortably at the top of the Belgium division.

United, however, should have too much strength for their opponents. I’d go for Manchester United to win 1-0.