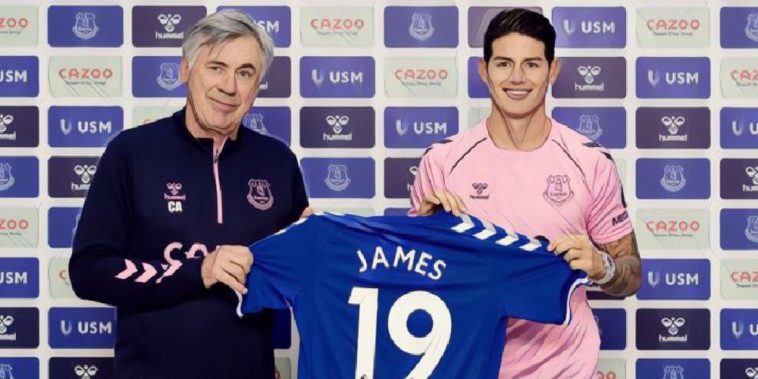 Carlo Ancelotti has outlined Everton’s ambitions of securing a top-four finish this season after an exciting summer of transfer business at Goodison Park.

Everton head into the new Premier League season looking to bounce back from a disappointing campaign, the Merseyside club finishing in the division’s bottom half following a season of underperformance.

The appointment of three-time Champions League winner Ancelotti raised optimism over the second half of the season and the pulling power of the Italian has been evident in the transfer window this summer, Everton overhauling their midfield with the signings of Allan, Abdoulaye Doucoure and Real Madrid star James Rodriguez.

The capture of Rodriguez, in particular, is a significant coup for the club and hopes will be high that the Colombia international can rediscover his finest form in the Premier League, and Ancelotti has discussed Everton’s new arrivals and the club’s ambitions to gatecrash the Champions League places this season.

“The players are happy to come here now and they are going to use their quality for the team and the club,” he said ahead of this weekend’s season opener at Tottenham.

“We want to fight for the fourth position in the Premier League and reach Europe next season. We have this ambition and I think we can achieve it.

“I know the passion our supporters have for us. They are really excited [by the signings], they want to have a club that is competitive in the Premier League. We can satisfy that desire this season, we will do our best for this.”