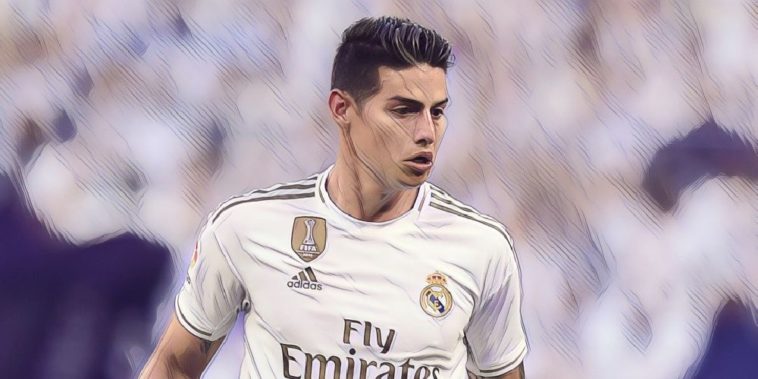 The new Everton boss is currently identifying transfer targets as he prepares for his first window in charge on Merseyside, the club’s hierarchy ready to back the Italian as they bid to revive the club’s fortunes.

According to the Mirror, Ancelotti has now approved a move to sign Colombia international Rodriguez, the 60-year-old having previously worked alongside the midfielder at both Real Madrid and Bayern Munich.

The 28-year-old spent two seasons on loan in Germany after falling out-of-favour at the Bernabeu but returned to the Spanish capital this summer after Bayern opted not to sign him on a permanent basis.

However, he has once again failed to establish himself in manager Zinedine Zidane’s plans, making a reunion with Ancelotti – with whom he shares a good relationship – a viable prospect during the winter window.

Everton major shareholder Farhad Moshiri has promised the Toffees boss investment to improve the squad, and the signing of Rodriguez – who won the Golden Boot at the 2014 World Cup – would be a major statement of intent for the club’s new regime.