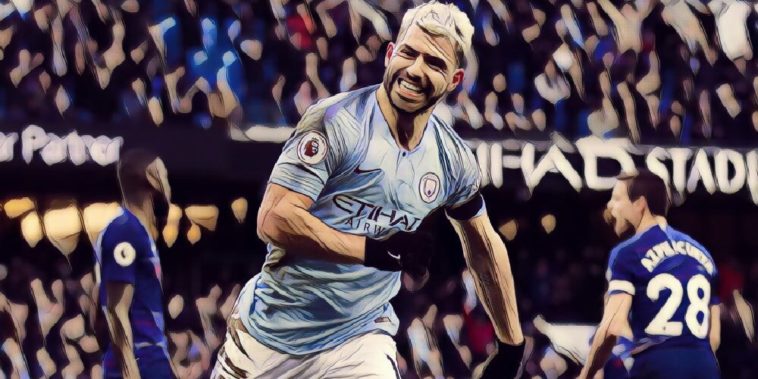 Sergio Aguero made yet another home contribution on Wednesday night after scoring a penalty in Manchester City’s win over West Ham United.

The Argentine striker’s goal was enough for the Premier League champions to come away with their fourth consecutive league victory, beating the Hammers 1-0 at the Etihad.

Man City peppered the visitor’s goal with shots all night long, out-shooting their opponents by 20 to 2, but in the end, a 59th minute penalty was all that separated the two sides.

Aguero, off the back of scoring in the League Cup final penalty shootout win over Chelsea on Sunday, added to his incredible home record with the spot kick.

The former Atletico Madrid player has had a hand in a goal in just about every league game for City, which isn’t entirely surprising considering how lethal in front of goal we know he can be, but it is still startling to see it in numbers. If anything, this is a lesson for all Fantasy Premier League managers to always captain him when he’s playing at Eastlands.

The midweek win for the home side puts more pressure on league leaders Liverpool, who smashed Watford 5-0 on the same night.

City remain one point behind the Reds in second, although they still have a better goal difference, even if it was reduced down to six after last night’s results.

Read: Following their title victory, Leicester need direction above all else