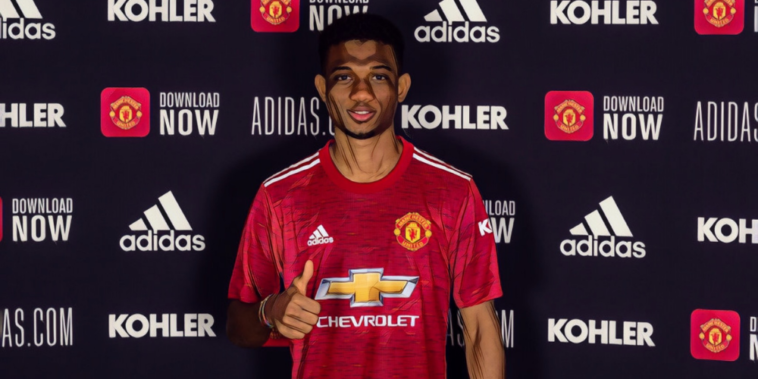 Amad Diallo will be given ‘time’ to prove he can be the long-term solution to Manchester United’s problem position on the right, as the teenager continues his adaptation since arriving from Atalanta.

Diallo completed a £37m move to the Premier League earlier this month after a deal was initially agreed during the summer transfer window, the Ivorian having arrived with a burgeoning reputation following his breakthrough in Italy.

Solskjaer has revealed he has been impressed by the 18-year-old since his arrival and has hinted Diallo could be in line for his debut in the coming weeks, with hopes high the youngster can be the solution to the club’s troublesome right wing position.

United’s right wing has been a problem position for some time with the likes of Mason Greenwood, Marcus Rashford and Daniel James having all featured in an unfavored role on the right, whilst the Red Devils failed with a well-documented pursuit of Borussia Dortmund’s Jadon Sancho during the summer.

Solskjaer believes that Diallo could represent the long-term solution on the right-hand side, but says the club will take a patient approach with the youngster’s development.

“Well, that’s his preferred position. He’s clever at finding space,” Solskjaer replied when asked about Diallo at a pre-match press conference ahead of tonight’s clash with Sheffield United.

“He can go inside and outside. He’ll get the time to prove that he is the one.

“Of course along the way we’ve got Mason (Greenwood), Marcus (Rashford) who’s played out there, Dan (James), Juan (Mata) so we’ve got options.

“Paul (Pogba) has played there, but I think when you look at the squad, and you look at Amad you think yeah, that’s probably where we’re going to work to fit you in.”

Solskjaer also confirmed he is not expecting any new arrivals before the closure of the transfer window next week, with United’s recruitment plans set to be focused on the summer.

“I wouldn’t think so, no,” he added. “I’d be surprised if we do any incomings.

“The squad is strong, it’s full of quality. I still need to leave players out for the squad at times.

“Bar something surprising happening, I wouldn’t think something will happen (in terms of) incomings, no.”