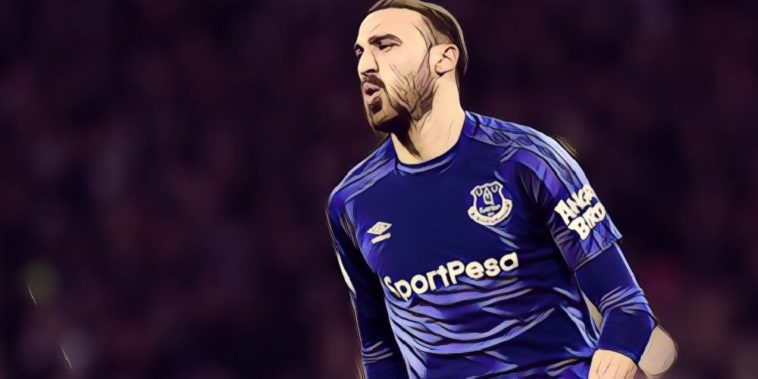 Sam Allardyce has defended the signing of Cenk Tosun insisting he will come good for the Toffees.

Tosun arrived in January for the princely figure of £27 million from Besiktas. but has failed to settle quickly, with Allardyce previously admitted he was struggling to adapt to the pace and strength of life in the Premier League.

The Turkish international finally got on the scoresheet last week with a powerful header against Burnley, and Allardyce believes he will come good eventually:

“There is a bit too much of a pressure on him at the minute,” said Allardyce.

“If he focuses on his game and concentrates on what he is good at, the players are realising that if we put quality balls in for him into the box then he has got the knack of getting on the end of them.

”He found a lot of space in a crowd area last Saturday to get the header on target. The lads have to know that when we get into wide areas, if we produce quality balls then he will get on the end of them.

“It’s a pity because he got the goal we were looking for him to get – and it got us in front – but we didn’t get the result. It was a performance that shows he is getting better, which we are pleased about. So if he can build on that.

“It’s the same for everyone, really, if they can be clinical when they get chances like that. It was a very good header and hopefully he will continue to improve.”

The 26-year-old has a chance to get his second goal in as many games as Everton host Brighton in what is a must win game for the Blues if they are to avoid being sucked back into the relegation dog fight.