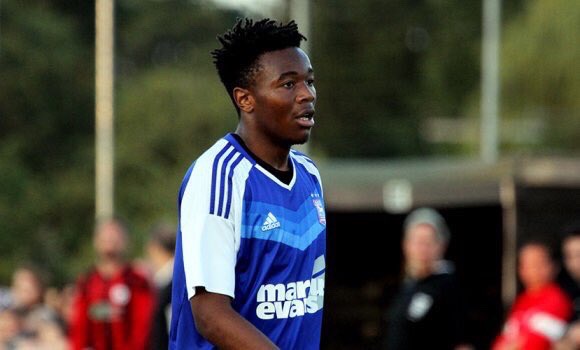 The Daily Mail have recently linked Aston Villa with the Ipswich player Kundai Benyu, so here’s a breakdown of the youngster in case he does move to the East Midlands this summer.

The London-born Englishman is only 19 years of age and plays in centre midfield. He’s also been part of the U21’s and U18’s setup at the club but spent most of this season on loan at Aldershot this season. During this period he’s managed to make 21 appearances for the club, scored five goals and also made two assists.

However the youngster is out of contract with the Ipswich in summer and it’s still yet to see whether Mick McCarthy will keep him on, mainly due to falling out they had a while back. This was mainly due to the player starting to make a name for himself at an early age. He made the bench once or twice when there were a few first team players left, but then quickly fell from the pecking order when they returned and threw a bit of a strop.

Though he’s said this is all resolved, he stated: “It’s my fault really. I had an attitude problem last season which put the gaffer off using me but I’ve apologised now and we’re on good terms again so it’s all good now.”

The youngster is a box to box player who can also feature as the playmaker in the team. He has quite an eye for goal, as seen from scoring five goals from central midfield in only 21 games.

He’s also one for a free kick and scored this beauty for the U23’s at the start of the season, but it’s not just free kicks, he takes all the set pieces for the team, including corners.

💥💥💥 BANG! @kundaibenyu_ scored this screamer of a free-kick for Town's U23 side earlier today #itfc

With Steve Bruce wanting to rebuild the squad and add youth this might be the first addition to the squad, although it’s not all good Aston Villa news as it’s reported that Spurs and West Ham are both after the player, so Steve will need to be quick off the mark to capture this young prospect.