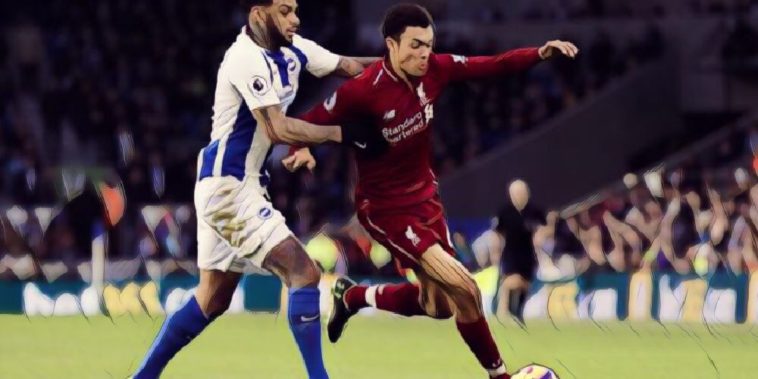 Trent Alexander-Arnold praised the desire of this Liverpool side after The Reds fought their way to a crucial 1-0 win over Brighton at the Amex Stadium.

Mohamed Salah scored the only goal of the game with a penalty early in the second half after he was fouled in the box by Brighton’s Pascal Gross.

Alexander-Arnold spoke after the game about the difficulties his side faced against Chris Hughton’s Brighton team.

”We knew it was going to be difficult. We struggled to score against them at home. We got the goal in the end and we held in there.’’ The England international told Sky Sports.

“It’s a credit to the lads that we showed that desire to get the three points. It was frustrating as a team in the first half. They are well organised and it was tough to break them down.

“In the second half it helped us getting that goal early on and they had to attack us more which played into our hands.

“Mohamed Salah has shown he has the strength and the skill to do that. He has helped the team with his goals and the contributions.”

Liverpool’s right-back picked up a knock during the game but was able to play on after some help from medical staff.

“After a few minutes my ankle got better and I told the medical staff I just needed some strapping and some painkillers and I’d be good to go. When you get into the zone it helps,” added Alexander-Arnold.

“To be the best you have to win a lot of your games. It is a tough league and we go into every game to get a win. We’re disappointed when we draw as well as lose. We’re all happy and hopefully, we can push on.”