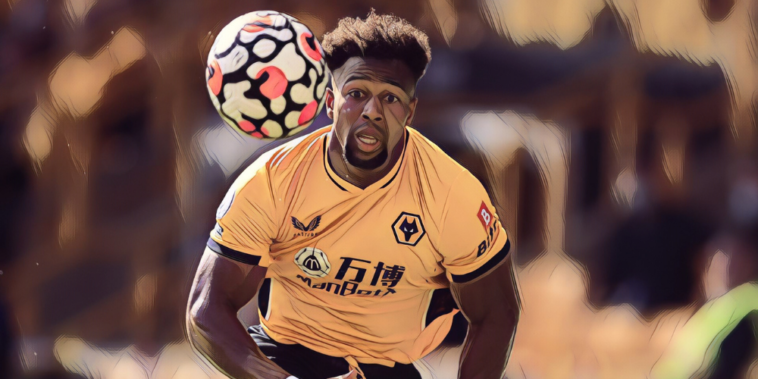 Adama Traore is reportedly set to end speculation over his future and sign a new contract with Wolves that will make him one of the club’s highest-earning players.

Traore’s current deal expires in 2023 and the winger has been linked with an exit from Molineux, Tottenham having expressed an interest in signing the Spain international during the summer transfer window.

Wolves are keen to secure the star’s future with Traore set to enter the final year of his deal at the end of the current campaign, and the Daily Mail are reporting the new contract will take the winger close to the club’s highest earners, Raul Jimenez and Joao Moutinho, who each earn around £100,000-a-week.

Bruno Lage will hope a new deal can deter interest from Premier League rivals, with former Wolves boss Nuno Espirito Santo having been keen on a reunion with Traore at Spurs.

The north London side expressed an interest in his services during the summer, but were unwilling to match the £50m valuation placed on Traore by the Molineux hierarchy – whilst a potential loan deal with an obligation to buy was not considered.

Chelsea, Liverpool and Leeds have also previously been linked with a move for the Spaniard, who has established himself as one of the Premier League’s most unique talents since signing for Wolves from Middlesbrough.