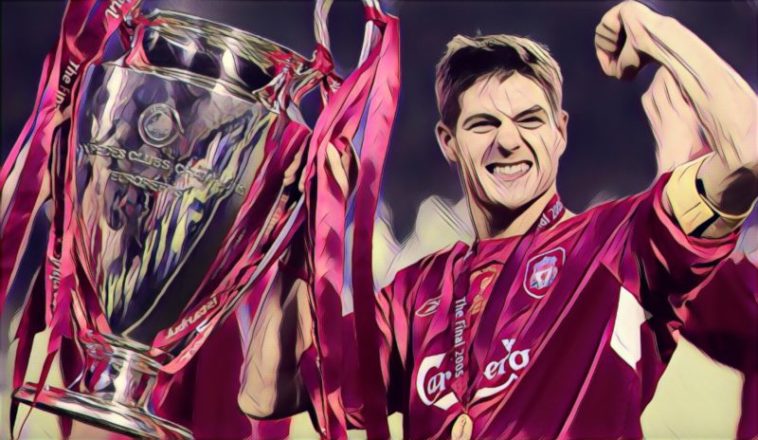 Steven Gerrard will go down as one of Liverpool and the Premier League’s greatest ever players.

In his prime he often resembled comic book hero Roy of Rovers almost single-handedly dragging his team to victory with world-class winning goals and performances. Gerrard was of course hugely respected by other legends of the game, so let’s have a look at what they had to say about the Liverpool legend …

“What I have always liked of Steven is that on the pitch he was very quiet, but was capable of inspiring all his teammates with great strength, not so much with words. The real example – and that is what I’ve learned from players like Steven and Franco Baresi – is to do rather than talk. And he was indeed one who did a lot and since he also had great talent, he was easy to follow. His story is one of those stories to be told, one of those fairytales, to be narrated to your children and grandchildren.” Paolo Maldini.

“I am a huge fan of Steven Gerrard, He has the heart of a lion. He is a player I would like to have in my team.” Kaka.

“Steven Gerrard was just awesome today. We were just laughing in the dressing room that at one stage we thought he was heading his own crosses in.” Gareth Southgate.

“Steven Gerrard would be the captain of my World XI dream team.” Francesco Totti.

“I can’t think of a striker in the world who has scored so many important goals, never mind a midfielder.” Thierry Henry.

“Everybody has their favourite midfield player. Some say Paul Scholes, some Roy Keane or Patrick Vieira or Frank Lampard. But the reason I always say Stevie, having played with him and against him, is because he encapsulated what they all do well rolled into one. He’s got a little bit of everything. He can score goals like Lampard, tackle like Keane… My dad summed it up perfectly when he first saw him play. He said, ‘He’s like Roy of the Rovers, that kid.’ That’s what Stevie is and that’s why they love him at Liverpool.” Jamie Redknapp.

“While at Milan he Ancelotti came to me and said, ‘I want to sign Steven Gerrard to play next to you in midfield – what do you think?’ Without any hesitation I told him, ‘Do it – go and sign him.’ At this stage he was probably the most complete midfield player in Europe, of course I wanted to partner him. I remember asking Carlo a few weeks later how it was going, and he told me Gerrard had given a very firm no, that his bond with Liverpool was unbreakable. At the time Milan were the champions of Europe and probably had the best team in the world – it says a lot about Gerrard’s loyalty.” Andrea Pirlo.

“Is he the best in the world? He might not get the attention of Messi and Ronaldo but yes, I think he just might be.” Zinedine Zidane.

“He’s a fantastic statesman; he has been unbelievably successful with this football club with what he’s done, the amount of games he has pulled out the mire, and the general way he conducts himself.” Kenny Dalglish.