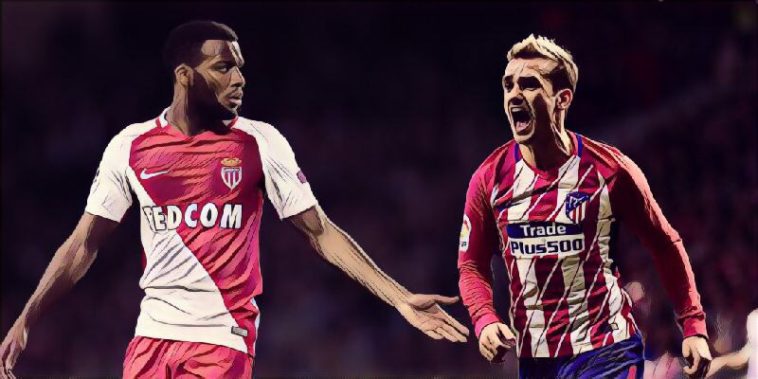 With the January transfer market set to swing open in a few days its time to have a look at five players who we can expect to dominate the headlines with potential moves to Premier League clubs.

The 22-year-old, was one of the few stars of last season’s team that stayed with the Ligue Un side last summer, with the French club resisting big-money offers from Premier League duo Liverpool and Arsenal.

Although his form has dipped a little this season, he is still rated as one of the Europe’s top attacking talents and Monaco look set to cash in on him in January, which will surely result in a transfer battle royal between some of England’s biggest clubs with Chelsea also now said to be interested in securing his services.

The 24-year-old England international looks set to break ties with his boyhood club this January.

Barkley obviously has huge resources of talent, although he has never managed to produce his best form on a regular enough basis to match the hype that has surrounded him since he was a teenager.

He came close to joining Chelsea in the summer, but the move collapsed at the last minute.

Spurs are also said to be interested and Daniel Levy will undoubtedly take great pleasure in securing such a talented player at a cut-price rate.

Working with Mauricio Pochettino may also be the young Liverpudlian’s best hope of fulfilling his potential.

Atletico’s lethal French striker continues to dominate transfer headlines, much as he has done, well for as long as we can remember basically. In fact, we’re pretty sure Griezmann’s potential move away from Madrid has been dragging out for longer than Brexit negotiations.

The 26-year-old joined Atletico from Real Sociedad in 2014, and has gone on to become one of Europe’s most feared and sought-after front men.

Famed for his deadly left-foot finishing the France international has found the net at a rate of close to a goal every other game in La Liga, and has proven he can be the difference maker in the Champions League on many occasions over the last few years.

This week the word is that Barcelona are now ahead of Manchester United in the race for his signature although that could of course change quickly. In all honesty we just hope he moves somewhere soon, as we are just about as bored writing about rumors surrounding his future as you probably are with reading about them.

Milinković-Savić has been in superb form for high flying Lazio in Serie A this season and is attracting interest from Europe’s leading clubs.

Aswell as having a name that must be a commentators nightmare the Serbian international is a top class box-to-box midfielder who has netted seven goals and provided three assists in 23 appearances for his club this season.

At 22 the talented youngster can surely only get better, and despite being one of the lesser known names on this list, he is actually rumored to be valued at the highest price.

Fekir burst onto the scene at his home town club Lyon a few years ago, although his form dropped off badly over the last couple of seasons and it looked like he would become just another talented French playmaker who didn’t have the correct attitude to make the best of his obvious talent.

This season however the 24-year-old has been in phenomenal form, netting 16 goals and providing four assists for his club.

Fekir has the pace, power and technical ability to be a success in the Premier League and Arsene Wenger is said to see him as the ideal replacement for the wantaway Alexis Sanchez.