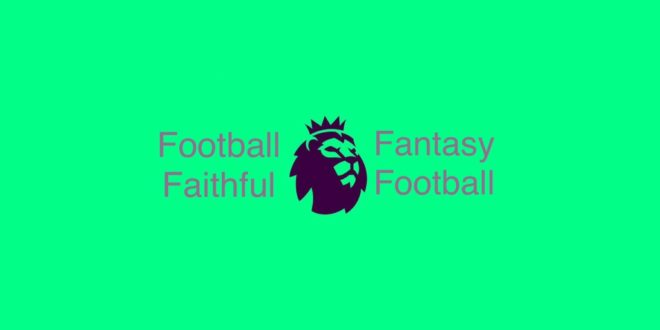 Fantasy Premier League kicked off last weekend, as English top flight football returned after a lengthy summer. Managers up and down the country were chopping and changing their teams almost hourly, but now the competition has started and we’re down to using one substitute a week.

That’s where we come in. We’ll be compiling a weekly tips sheet to give you all the help you need when it comes to using that transfer wisely.

There has already been a couple of key injuries take places, so if you have either Hugo Lloris (5.5) or Aaron Ramsey (7.9) in your starting XI, it’s time to get rid. Lloris is one of many goalkeepers who cost 5.5, and perhaps Manchester United’s David de Gea is most likely to get clean sheets due to Mourinho’s style of play. Another option would be Chelsea’s Thibaut Courtois. Replacing Ramsey may be a struggle for some managers, if you have a little money in the bank, upgrading to Phillipe Coutinho (8.1) would certainly be the way to go. Failing that, there are plenty of options at around the 7.5 mark, we’d go for Ross Barkley.

Perhaps the biggest disappointment of the weekend has to be Leicester City. They kicked off the defence of their Premier League title in shoddy fashion. Last term they were built to not concede and try and nick a goal late on, but against Hull they were so poor defensively. With tough fixtures coming up, it may be time to get rid of those Leicester defenders like Fuchs (5.5) and Morgan (5.0). Antonio Valencia would be a good replacement at 5.5, and a cheaper option would be Arsenal’s Calum Chambers who costs only 4.5

The Foxes were also woeful in attack, with Jamie Vardy having an absolute shocker. He isn’t exactly cheap at 10.0 either, and with tough assignments coming up it may be time to let him go already. If you want to keep the faith with Leicester, Musa at 7.5 seems to be the way to go. Failing that, check out Diego Costa at 9.5, or Jermaine Defoe at 7.0

If you’re looking for a midfielder to come in, we suggest Nathan Redmond at 6.0. He had a brilliant start to life at Southampton, and scored ten points in FPL thanks to a goal and Man of the Match performance. Another astute piece of business could be Middlesbrough’s Gaston Ramirez. He grabbed an assist on his debut and looked extremely threatening. At 5.5 he could be a steal. The same can be said for Adnan Januzaj who also costs 5.5, but it is unclear as to whether he’ll start this weekend.

It was a good week for ‘Pulis Academy’ who stormed to the top of the Football Faithful League after Gameweek One with an excellent 69 points.

Here is the side that it’s manager picked. 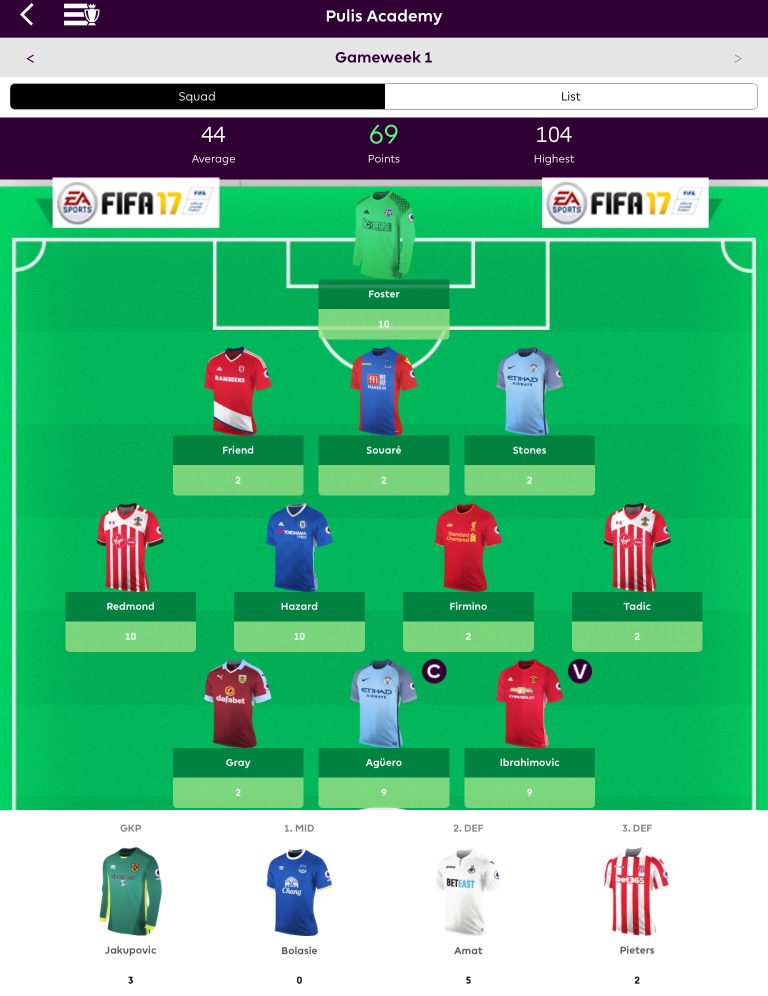