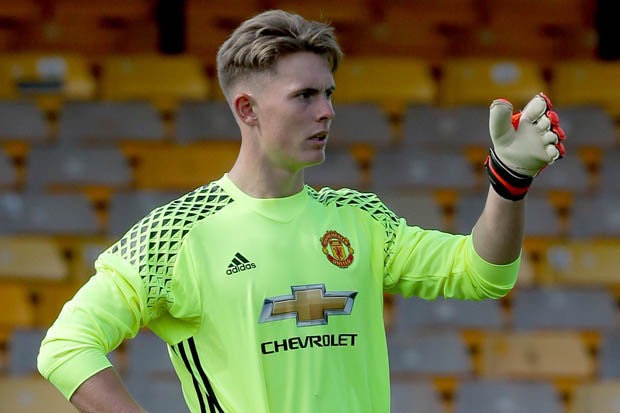 Clubs from the Premier League, Championship and around Europe are lining up to sign young Manchester United goalkeeper, Dean Henderson.

The youngster is currently in loan at Shrewsbury Town having being a part of the England U20 side that won the World Cup earlier this summer.

However, the goalkeeper has just nine months remaining on his current contract, and is weighing up what to do next with his career. The highly rated youngster has offers from no fewer than 14 clubs, including seven in the Premier League.

According to the Daily Mirror, he is attracting attention from some of the Premier Leagues biggest clubs, including Arsenal, Tottenham, Chelsea, Watford, West Brom, Stoke and Southampton.

Aside from the Premier League, Wolves, Aston Villa and Nottingham Forest are just some of the Championship clubs who are interested, while Olympiakos, Udinese and Benfica are also trying to tempt him overseas.

Henderson is yet to make his full Manchester United debut, although has featured on the bench on a few occasions. With David de Gea, Sergio Romero and Joel Pereira ahead of him in the pecking order at Old Trafford. His path to first team football certainly looks like it could be away from Manchester United.

Villa won’t be on his radar if they can secure Sam Johnstone to a permanent and long term deal.