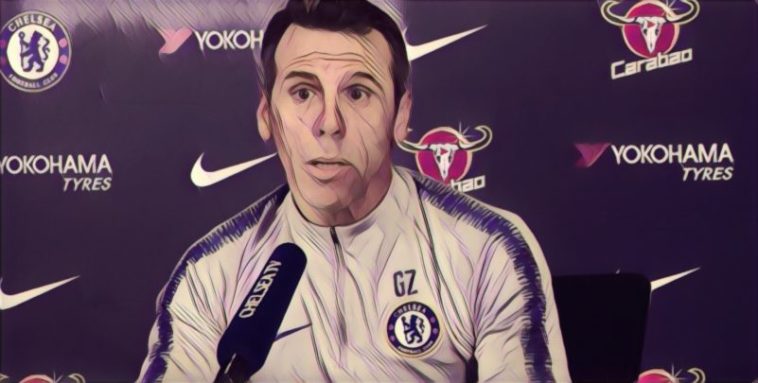 Gianfranco Zola has admitted that it is ‘painful’ to have left Chelsea for a second time in his career.

The Chelsea legend returned to the club as assistant manager under Maurizio Sarri 12 months ago, but with Sarri having already been replaced by Frank Lampard, Zola was not kept on, with Lampard bringing in Jody Morris as his number two.

Zola is, of course, a firm fan favourite among the Stamford Bridge faithful, largely thanks to the 80 goals in the 311 games that he played for the club between 1996 and 2003, when, at the time, he was one of the finest talents playing in the Premier League.

He left the club to finish his playing career in Italy, and having left the West London outfit once more at the end of June, the Italian admitted that his second exit is ‘painful’.

“Obviously it’s painful because you’re in a place where you like to be and it means a lot to you,” Zola told talkSPORT.

“Of course, it’s always painful, but we have to be professional and I think Chelsea are looking forward, they made other choices and I respect them, I have no problem with that.”

As a manager, Zola has managed at West Ham, Watford and Birmingham City, and although his record isn’t particularly impressive, he has admitted that he would like to return to management or a coaching role somewhere in England.

“Of course I would like to stay here and coach,” the Italian added.

“I am based in England, my family has been living in England for a while and we’re planning to stay for a few more years, so that’s the idea.

“I agreed to work for Chelsea of course because it was Chelsea, but also because of Maurizio.

“For me it has been an amazing learning experience working at a top club and with a top coach, it’s been very very good.

“But now I’m looking forward to a new challenge.”

Lampard insists Hudson-Odoi will be ‘central’ to his Chelsea plans