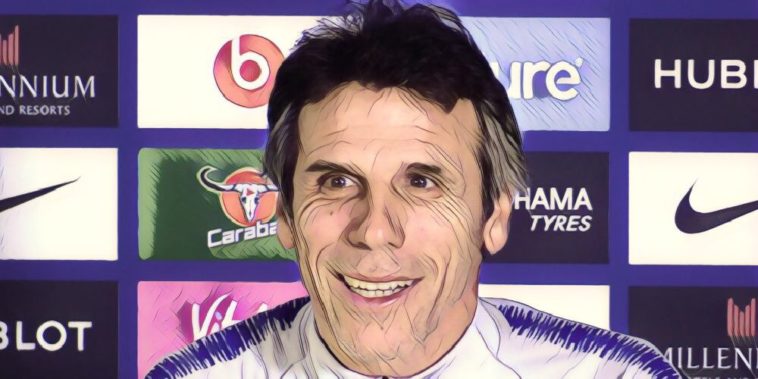 Gianfranco Zola has admitted that Chelsea are not creating enough chances considering how much of the ball they are seeing.

While Chelsea still sitting in the top four, they have slipped 10 points behind league leaders Liverpool after dropping points to Leicester and Southampton over the festive period.

Against the Saints, Maurizio Sarri’s dominated the ball with 71% possession, but only managed to get six shots on target as they were unable to break down Ralph Hasenhuttl’s resilient side.

“We have another task in front of us. I can tell you in the past Barcelona had problems in the last 20 metres, Bayern, City, everyone suffers when there is no space up there,” the Italian said in his pre-match press conference.

“This is the big issue we have, for the amount of time we have the ball we don’t create enough chances. It is part of the process, we are not the perfect team.

“Southampton wasn’t easy, when you have five games in your legs and it’s the sixth it is not easy. We want to pay more attention to this [lack of chances].”