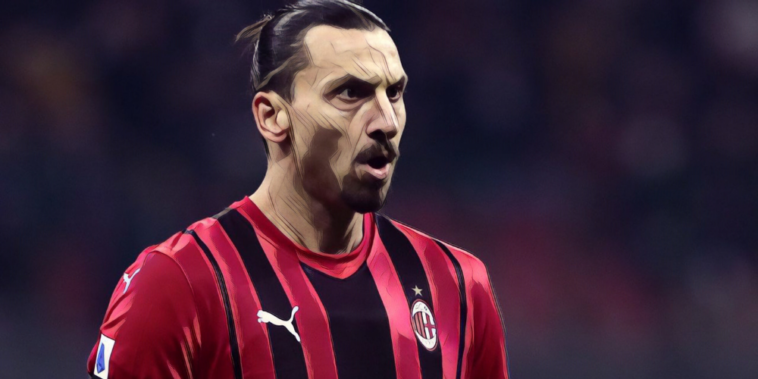 Zlatan Ibrahimovic says the ‘quality’ of the Premier League is ‘overrated’ and has discussed the recent struggles at Manchester United.

Ibrahimovic spent just over a season in the Premier League after signing for United from PSG in 2017, scoring 28 goals in all competitions during a debut season that included Europa League and League Cup success.

The Sweden international’s maiden campaign was curtailed through injury and it proved the beginning of the end for his time in England, moving on to MLS outfit LA Galaxy in March 2018.

Ibrahimovic continues to flourish in one of Europe’s major leagues despite celebrating his 40th birthday last month and the AC Milan forward has opened up on the differences between the Premier League and the continent’s other major divisions.

“The quality is overrated in a technical way,” he told the Guardian. “But the Premier League has different qualities – the pace, the rhythm. You can be the best player in the world but if you cannot handle that pace and rhythm [you won’t succeed].

“In Spain, France, Italy, the technique is better. That’s why there are so many foreigners in the Premier League. They bring the technical [aspect].”

Ibrahimovic spoke fondly on his time at Old Trafford, however, describing the Red Devils as an ‘amazing club’ after securing a league cup and Europa League double during his debut season.

“I had a great experience in England,” he said. “Manchester United are an amazing club and we won a couple of trophies.”

The forward also spoke on the current problems at his former side, with Manchester United currently searching for a new manager following the sacking of Ole Gunnar Solskjaer on Sunday.

Ibrahimovic believes there is ‘too much’ focus on past achievements at the Red Devils and says the club must concentrate on the present if they are to return to former glories.

“They talk too much about the past,” he said. “When I went there I said: ‘I’m here to focus on the present and to make my own story.’ But when you have too much it becomes like a loop. You have to think about the present or you should go to a hospital and clean your head.”