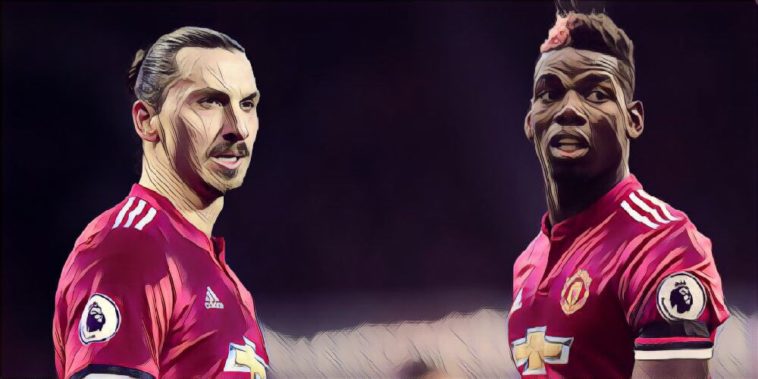 Zlatan Ibrahimovic has said that while Paul Pogba is a fantastic player, he is also a player who ‘needs to be guided’.

There has been a lot of attention on Paul Pogba ever since he made his world record £89 million return to Manchester United in 2016, with the Frenchman’s inconsistent performances constantly being used as a stick to beat him with.

He arrived at Old Trafford in the same summer as the legendary Zlatan Ibrahimovic, who moved to the Premier League giants on a free transfer from PSG.

Now, at LA Galaxy, the former Sweden international has revealed that he misses his former Manchester United teammates, who made him feel like Benjamin Button, as well as going into details about Paul Pogba’s character.

“I miss all of them,” Zlatan told the BBC.

“I had a fantastic time at United. Wazza [Wayne Rooney], Michael Carrick, then the young guys that wanted to show the world who they are by playing football and they had a lot of hunger to show. I had a good time because I got to know everyone, I was the mature guy with all these guys who were not mature.

“Paul Pogba, I had never played with him before and I didn’t know him as a person. We have the same management and when I got to know him I got to find a fantastic person and a fantastic footballer, but someone who needs to be guided.

“He is a professional guy that works every game and never misses training or a game. Those are all the things that people do not see, you only get judged by what you can see on television or the 90 minutes in the stadium, that’s where you have to perform.

“When you click with someone it just clicks. The connection on the field was amazing, we helped each other very well, I needed him and he needed me. The first year at United we had a fantastic year.

“They made me feel like Benjamin Button. I was getting younger and younger, then, unfortunately, I got my injury.

“The Premier League should be happy I did not come 10 years ago because it would’ve been a different story. You see all my numbers [of goals] and all of these numbers would’ve been in the Premier League. I came to the right club in United. It was the club and the shirt that I was supposed to shine in and I did it.”

During his time at Old Trafford, Ibrahimovic scored 29 goals in 53 appearances.