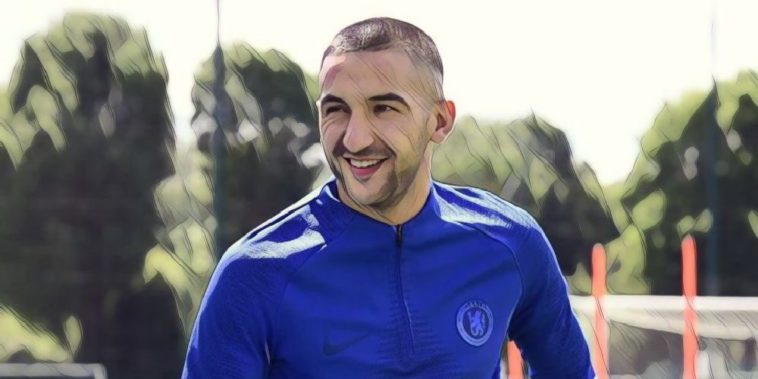 Hakim Ziyech has discussed his long-held admiration for Chelsea and says he is confident of adapting to the demands of the Premier League.

The Moroccan international has completed his move to Chelsea after a £37.8m deal was agreed with Ajax in February, Ziyech having now joined up with his new side to begin preparations ahead of next season.

Ziyech has established himself as one of the finest attacking talents outside of Europe’s major leagues during four seasons with Ajax, winning a domestic double with the Amsterdam side and forming part of the team which reached last season’s Champions League semi-finals.

The 27-year-old has now opted for a new challenge and admits he is relishing the prospect of playing in English football, revealing his long-term admiration for the west London side and the influence Frank Lampard had on his decision to move to Stamford Bridge.

“It was important for my decision of course [that Lampard is the manager],” Ziyech told Chelsea’s official website.

“I always said I like the style of playing football that he’s using now, the attacking play. It was for me a big decision to come to Chelsea.

“I would love to bring myself playing the way I did in the last two or three years with Ajax, keeping the same style, and hopefully they’ll [Chelsea fans] enjoy it and it’ll help the team as much as possible.

“They always told me the Premier League is a tough competition. I know it is.

“They’ve always said physically I’m not ready and stuff like that, but if you see the whole competition, you see players have the same body as me.

“Football is just playing with your head, being smart and creating spaces and it’s always in the small things.”

Ziyech has had to wait several months before linking up with his new teammates in the capital, while outlining his long-held admiration of Chelsea and some of the club’s greatest ever players.

“I cannot wait to play here, I’m excited and for me, it’s not fast enough to begin,” he continued.

“I’ve waited a long time, four or five months, for this moment but it’s finally here. I’ll do everything in my power to make everybody happy.

“It means a lot [to play for Chelsea]. When you are a young guy you always want to play for a big club, in the Premier League of course.

Your first look at Hakim Ziyech in training! 🤩 pic.twitter.com/Et20WDQwfH

“If you look at when I was young, the players that played here, it was always a big club so I am very happy and it means a lot.

“I remember I was playing in the youth in Heerenveen and here was playing [Didier] Drogba, [Frank] Lampard, [John] Terry, all those big names.

“We were always for Chelsea, and if you look at now, if you can play here it means a lot to me.”