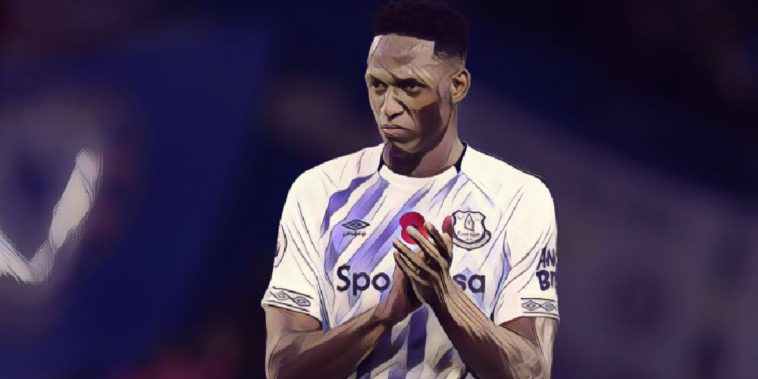 Yerry Mina has said that he is ‘delighted’ to have made his full debut for Everton this weekend in the 0-0 draw with Chelsea.

The Colombia international was one of the big movers on transfer deadline day, joining Everton in a €30 million move from Barcelona amid speculation of interest from Manchester United.

He was forced to wait until early November to make his debut though after arriving at Goodison Park with an injury, and after making a brief cameo last week against Brighton, he made his full Everton debut on Sunday against Chelsea, with Kurt Zouma ineligible to face his parent club.

“I thank God for this important moment in my life,” Mina said in quotes carried by The Star.

“It was a great match and I was delighted to share it with the fans, my teammates and everybody at Everton.

“I feel great here and I am just working as well as I can, doing my best for the club. And it is fantastic to see that if we all work together, we can push forward.

“It motivated me knowing we were playing Chelsea and it was such a big match. And it was very important for me to play 90 minutes.

“But the most important thing for me as a defender was to get the clean sheet. I thank Jordan Pickford and my teammates for helping us manage that.

“It is very satisfying to come out of the match with a clean sheet – and we know if we keep playing as we are, then the goals will come at the other end of the pitch.”