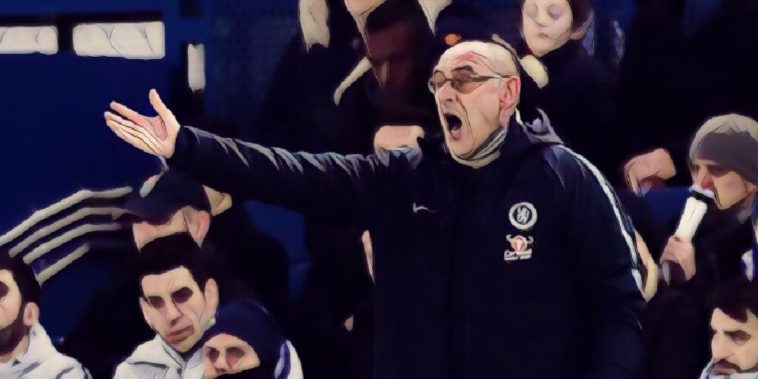 Arsenal legend Ian Wright has said that he is confused as to what the famed ‘Sarri-ball’ actually is after watching Chelsea’s recent performances.

Maurizio Sarri earned rave reviews during his time as Napoli manager, where his side played a free-flowing, possession-based style of football, with even Pep Guardiola saying that Sarri’s Napoli side was one of the best he has ever faced when his Man City side met them in the Champions League last season.

He moved to Chelsea in the summer, and got off to a great start, and it looked like the Blues players immediately started to click into Sarri’s style of play.

However, the goals have dried up in recent weeks – failing to score in three of their last seven outings – and despite beating Newcastle 2-1 at the weekend, they struggled to break down Rafael Benitez’s side.

The Blues lack of fluidity and attacking prowess in recent weeks has left Arsenal legend Ian Wright wondering what ‘Sarri-ball‘ actually is.

“It seems to me if Hazard’s not doing something unbelievable I don’t know what Sarri-ball is, because they are trying to be very precise. You say he doesn’t need a striker [because he opted to play three little guys up front], but there are areas where a striker can link up,” Wright said on Match of the Day.

“[N’Golo] Kante breaks and there’s nothing in front of him, Willian’s going to try and catch up, Kante has to hold it up and that’s not his game.

“I can’t understand the game he’s playing. It looks like the games you used to play in training where there’s no goalkeeper!

“I don’t know what Sarri-ball is, I’m still quite confused.”