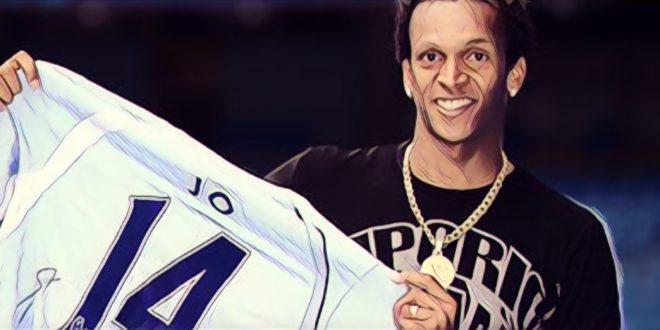 Five of the worst Brazilians of the Premier League Era

Ever since Mirandinha’s debut for Newcastle United at Norwich City back in September 1987, the English game has enjoyed a steady and growing influence of the boys from Brazil.

The football mad nation has produced some of the very best players, who have wowed the Premier League with almost other worldly skill and natural ability.

But not every Brazilian to grace a soggy Stoke City pitch on a Tuesday night has been a universal hit. Some have been big time and big money flops, leaving their clubs red faced and bemused. Here is a look at five of the worst Brazilians to play in the Premier League.

As Manchester City began to flex their new financial muscle in 2008 their fans must have been licking their lips at the prospect of the world’s best football talent playing for their club. So when on 31 July that year, the Etihad outfit shelled out a then club record £19 million City fans would have been expecting the best.

The towering Brazilian centre-forward had been banging the goals in at CSKA Moscow, including a brace against Inter Milan at the San Siro. However, he would soon discover that the Russian League is far less demanding than its English counterpart. Jo really struggled at City, games would often pass him by and he had the body language of a man out of his depth, not looking like he could ever score at anything approaching a prolific rate. His movement was far too slow and ponderous, making him easy to man mark and nullify.

A loan move to Everton in the second half of 2008/09 did offer some hope for the forward, with him benefiting from David Moyes’ more direct style on Merseyside. However, the goals soon dried up again, and a second season on loan at Goodison Park saw him fall down the pecking order as he failed to find the net in the league for The Toffees. The Brazilian, who is still only 31, was ushered out of City 2011 and has gone on to enjoy a nomadic career after his Premier League flop.

Signed by the most proper of ‘Proper Football Men’ Peter Reid in 2003, Brazil World Cup winning centre-back Roque Junior arrived at Elland Road to much fanfare. However, the centre-back’s time with the Whites would get off to a disastrous start when he was sent off on his debut against Birmingham, and his general performance level left many fans wondering if their club had picked the wrong fella up from the airport.

The highlight of his brief stint in England would be a brace he scored against Manchester United, although his record of 24 goals conceded in the seven games he started for Leeds makes grim reading, and he was soon sent on his way.

Blink and you may have missed Jardel’s Bolton Wanderers career. For a brief moment, he looked like one of the best players on the continent. Goals rained in for the forward at Galatasaray and Sporting Lisbon, scoring 101 times in just three years, which is impressive by anyone’s standard.

A series of setbacks though contrived to nip Jardel’s career in the bud. After being omitted from Brazil’s 2002 World Cup squad, he then suffered a serious knee injury, which ruled him out most of the following season. By the time Bolton got their hands on him in 2003, he had lost a few yards of pace to say the least. It was hardly a football marriage made in heaven either, with Sam Allardyce’s direct style failing to bring the best out of the Brazil international.

Zero goals in his seven games in the top flight in 2003/04, and just three League Cup goals was hardly a glowing endorsement for what he could offer the provincial club. Fitness issues and a failure to adapt to life in Greater Manchester saw “Super Mario,” move swiftly on and fade away into obscurity.

The Brazilian midfielder must go down as one of Sir Alex Ferguson’s most disappointing signings. A World Cup winner in 2002 and seen as something a midfield general, Manchester United beat off a whole host of clubs to his signature, signing him for £6.5 million from Atletico Paranaense in the summer of 2003. They were looking for someone to replace Juan Sebastian Veron and hopes were high that they had found their man.

Kleberson really struggled to get a foothold in the Premier League from day one though. Injuries and fierce competition for places saw the Brazilian catching splinters on the bench for most of his two years at Old Trafford. Anonymous displays and a failure to nail down a fixed position held him back and it became apparent that things were not working out. He was swiftly moved on to Besiktas after failing miserably to make an impact in United’s midfield.

Poor Middlesbrough! After years of punching above their weight in the Premier League and becoming a well-run club in their own right, they decide to go and splash their well-earned cash on Eredivisie goal machine, Afonso Alves.

Middlesbrough fans had wonderful memories of Brazilian magician Juninho Paulista tearing it up at the Riverside over three different spells, and the hope in January 2008, was that they had bagged another South American gem. Sadly it wasn’t to be.

Gareth Southgate heralded the signing and predicted big things, and he was right to a degree, although the big thing that happened was relegation in 2009. Alves failed to score with anything the like the potency and frequency required to keep a club like Middlesbrough out of trouble and many regard his transfer as the moment it all went so badly wrong for the Teesside club.

A lack of composure and an erratic first touch meant the Brazilian was unable to find any consistency, despite a few eye-catching strikes from distance. Alves left Premier League clubs wary signing Dutch League forwards and faded into obscurity after 18 months at the Riverside and just 10 league goals.