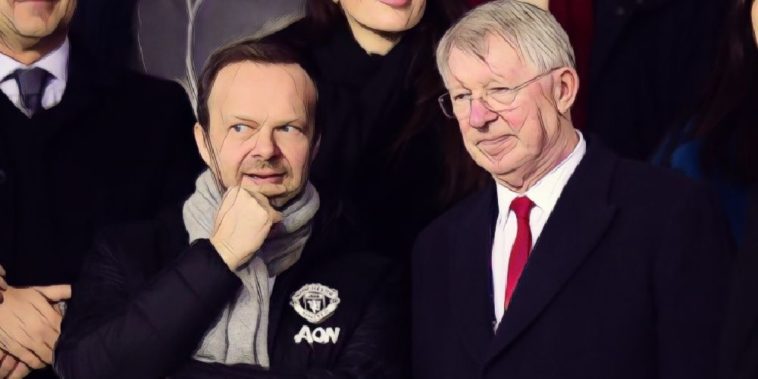 Manchester United executive vice-chairman Ed Woodward was apparently left with ‘his head in his hands’ during the interval of Manchester United’s derby defeat to Man City on Tuesday.

Despite a decent opening 10 minute spell, Manchester United would be put to the sword by a scintillating Man City display which saw them score three times in just 21 minutes of their Carabao Cup semi-final first leg at Old Trafford.

Goals from Bernardo Silva, Riyad Mahrez and an Andreas Pereira own goal left United with a three-goal deficit at the interval on what was an embarrassing night for the 20 times league champions.

According to the Daily Record, the clubs directors lounge ‘wasn’t a good place to be’ during the half time break, with a source claiming Ed Woodward ‘had his head in his hands’, while former boss Sir Alex Ferguson was left ‘devastated’.

Fergie, who moved onto the clubs board following his retirement in 2013, was apparently so ‘crushed’ by United’s miserable first half capitulation that the Scot ‘swerved’ Man City’s directors completely and simply went ‘straight to his office’ to polish off a glass of red wine.

Marcus Rashford would pull a goal back in the second half to give the Red Devils the faintest of hopes going into the second leg later this month, the United number 10 having since called on his teammates to try to channel the spirit that saw them famously overcome a 2-0 deficit to beat PSG in the Parc des Princes last season.

The result further piled pressure on Ole Gunnar Solskjaer, with some sections of support calling for the club legend to be replaced by the available Mauricio Pochettino, though the Daily Record claims that Woodward is ‘desperate for Solskjaer to succeed’, the Norwegian the fourth man to be appointed as the clubs manager in the six-and-a-half years since Sir Alex’s retirement.