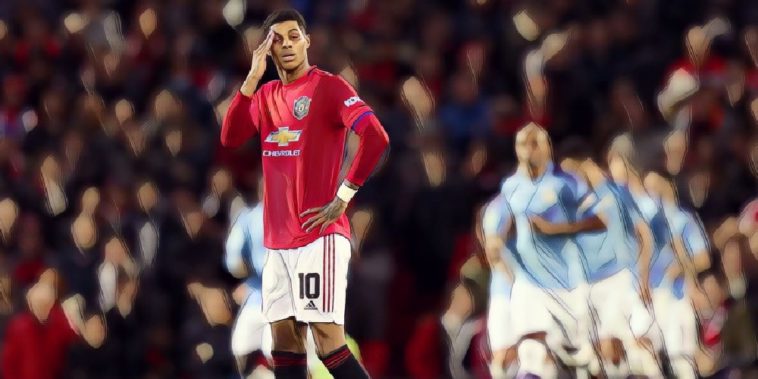 Ole Gunnar Solskjaer’s side were overwhelmed by a scintillating first-half showing by the visitors on Tuesday night, goals from Bernardo Silva, Riyad Mahrez and an Andreas Pereira own goal putting City firmly in control of the tie.

Marcus Rashford would pull a goal back in the second half to give United the faintest of hopes of salvaging the tie at the Etihad later this month, though it was a dismal showing for the hosts who were ruthlessly exposed by their city rivals in what was a highly anticipated Manchester derby clash.

Solskjaer admitted post-match that the first-half performance was the worst his side have produced during his reign at Old Trafford, whilst it was also the first time in over two decades that the club have shipped three goals at home in the opening 45 minutes.

According to Opta, the last time that it happened was during a 3-3 draw with Middlesbrough towards the end of the 1996/97 season, though suffering the same fate against your local rivals in the last four of a major competition is likely to stick longer in the memory.

3+ – The most 3+ goal half-time leads in all competitions away from home since Pep Guardiola took over Manchester City in 2016-17 (English sides):

United will look to get back on track against Norwich at the weekend before they host Wolves in their FA Cup replay on Wednesday night, the second leg of their Carabao Cup tie not being played until January 29th.