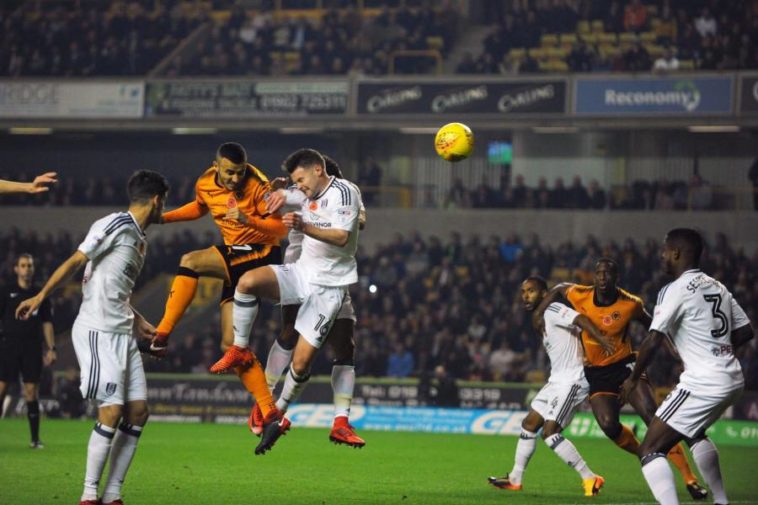 On a cold evening in West Midlands, Wolves foreign legion showed that they have the desire and energy to potentially win the Championship title.

Fulham under Jokanovic have always been a side who keep the ball well but in this encounter Wolves controlled the majority of the play Their technical profiency and ability to interchange positions makes them one of the most enjoyable teams I have seen live this year. Ruben Neves and Diogo Jota are a class above and probably both belong in the Champions League. He has also been able to rely on domestic players such as Barry Douglas and Matt Doherty. Douglas showed his attacking strengths by playing a hand in both goals.

Leo Bonatini carried on his incredible goal scoring form with his tenth goal of the season. The Brazillian has now scored in six consecutive games and the West Midlands outfit will be doing everything possible to turn his loan spell into a more permanent move. His amazing form and impact for Wolves does beg the question on why this special talent was plying his trade in the wilderness of the Saudi Arabian league. Bonatini always seems to get into the right places and clearly reads the game very well.

Manager Nuno Santo, who has been linked with the Everton vacancy, has showed his ability to blend the squad and carry that foreign flair and Theresa May would describe their defence as “strong and stable”. John Ruddy has finally been able to replicate the form which got him into international reckoning and has proven an astute free signing.

The strength of the Wolves squad is shown by the fact that argubably last season’s best player Helder Costa and former captain Danny Baath find themselves on the bench. Wolves can now go into the international break safe in the knowledge that they are top of the league and if they carry on this type of form they could run away with the Championship title

For Fulham, they looked like a team lacking that flair and impressive ball retention skills that they had last year. With no win in five, the team finds themselves in 17th position and looking like a far cry from the team which last year reached the play-offs. The team missed Tom Cairney who is so important to setting the tempo and style for the Cottagers.

For me, Fulham lack someone who can lead the line and get 20 goals a season they have lots of players who can create but not ones who can finish. Highly rated Ryan Sessgnon had a very quiet game by his own standards and will be hoping to show again why many people compare him to the world class legend of Ashley Cole.

Fulham will try and use the international break to get rid of the demons of this game and they will be hoping to bounce back when they come up against Derby on the 18th of the month.