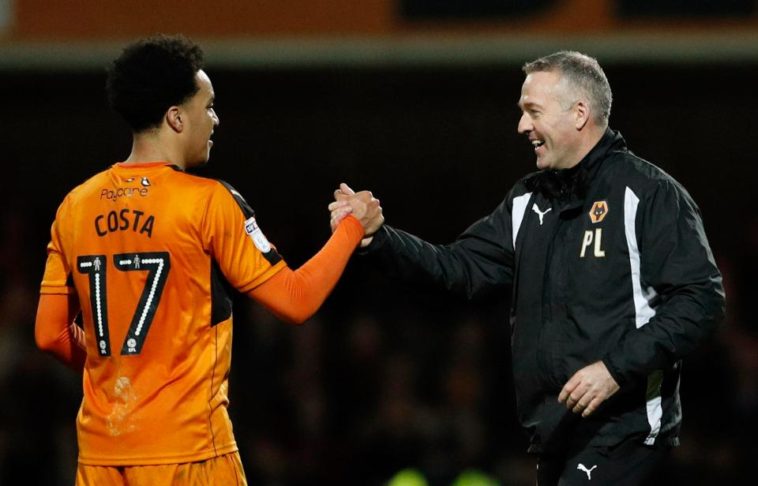 It’s been a tough season for Midlands club Wolverhampton Wanderers. Spending the majority of the season in the bottom-half, they have hardly stumbled upon any success. Asides from their victory over Liverpool in the FA Cup, league success has not materialized for Wolves this season, as their goal shall be to ensure a place in the Championship for next season is secure.

Following the dismissal of Walter Zenga, former Norwich City boss Paul Lambert was appointed manager on Novemeber 5th. So far his reign has seen an overhaul of decent results. Also, most notably a victory over Liverpool in the FA Cup. In addition to this, one could argue results and performances have begun to pick up.

Whilst his tenure has not been exactly flying, there appears to be a growing element of stability. There shall be no doubt the Scotsman will look to galvanize his side in ensuring their second-tier status for next season.

At this point it would appear Wolves are clear of danger. However the Championship can be a cruel mistress, such as their fixture run-in suggests. On Saturday they travel to West London to face an ever stronger Fulham side. This is followed by two homes fixtures at Molineux as they host Cardiff City and fellow strugglers Nottingham Forest, in what could be a huge midlands clash.

Furthermore after these three fixtures they shall travel to languishing Bristol City, a fixture that could have huge ramifications come the end of the season. No fixtures are ever “Easy” in the second-tier and especially at this point of the season. Paul Lambert’s side shall be proverbially dancing with Wolves, if you will.

In the event of Wolves securing their Championship status, one would have to expect Paul Lambert’s appointment as manager. It goes without saying that Lambert has overseen credible success across the Football League before, however he is now experiencing another survival scrap. If his previous success and experience are anything to indicate, he will be more than capable of keeping Wolves up.

But one has to wonder; How well will Paul Lambert do with the club if he stays next season?

At this point it would be best to save the evaluations of the current sEason, as well as Lambert’s possible appointment, until the end of the season.

On Tuesday night, Wolves made the trip to the capital to take on Brentford at Griffin Park. In what was prospectively a daunting fixture for Paul Lambert’s side they managed to turn the game on its head, within three gaming changing minutes. A period which could have a very telling impact at the end of the season.

The Bees took the lead through Maxime Colin, as he fired them into the lead just after the half hour mark. Then suddenly with less than five minutes to go, Wolves went on a surge as they quickly tilted the game and ultimately result.

Long serving defender Matt Doherty drew Wolves level on the 86th minute. Three minutes later Helder Costa fulfilled his role as the hero as he scored the winner, just before the end of the 90.  A huge win for Wolves, as well as three vital points.

Upon that victory Wolves have now picked up seven points from a possible nine. Currently sitting 18th and four points clear of the drop-zone. Things are looking up for Paul Lambert, but his side need to ensure they maintain their form in the run-up to the end of the season.