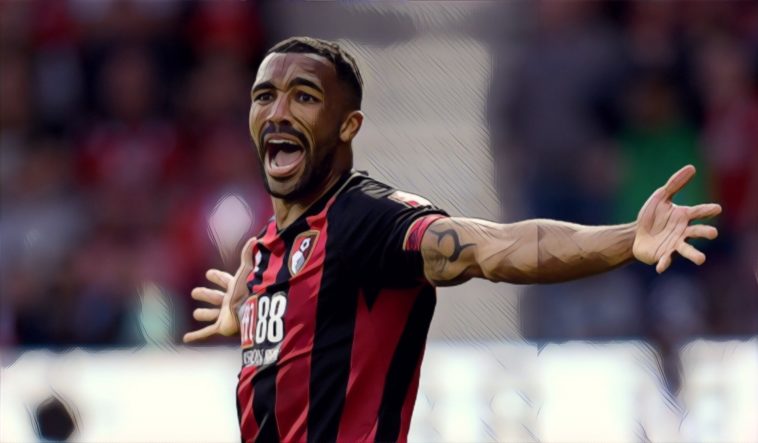 Bournemouth’s Callum Wilson was left fuming after being on the receiving end of a horror tackle in the club’s 3-1 defeat at Leicester on Saturday.

Leicester midfielder Youri Tielemans was guilty of a dangerous tackle on Wilson, which was missed by referee Peter Bankes and a VAR review took place.

Despite the Belgian international catching Wilson high on the ankle, the midfielder surprisingly escaped being dismissed as VAR controversy once again took centre stage.

England forward Wilson was left fuming with the decision, claiming the reckless challenge could have left him with a broken ankle.

“He missed the ball and went over the top and went on to my ankle. If it’s not clear and obvious then I don’t know what is.

“I’d like to watch back and see why it wasn’t [a red]. He went straight over the top and on my shin. He almost broke my ankle.

“It warranted a card.”

“There were two challenges in the game. The young midfielder [Jefferson Lerma] for Bournemouth caught Jonny Evans over the top — not intentional.

“Same with Youri Tielemans. When you slow them down they look worse than they are,” the Northern Irishman said.

Robinson: Chelsea draw proves we can play with the best