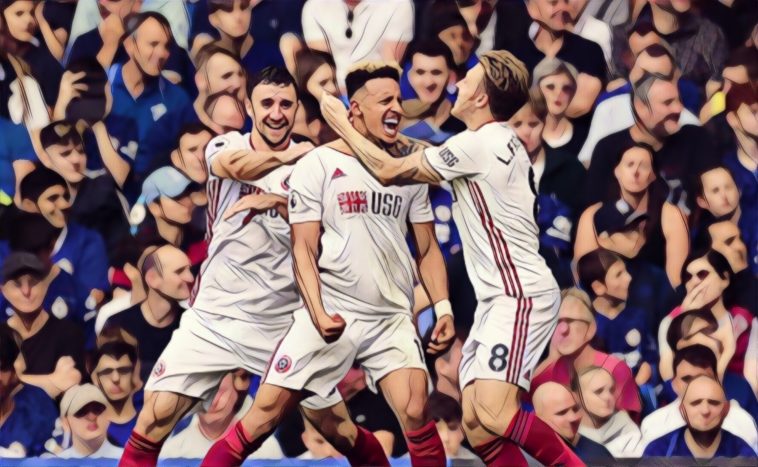 Callum Robinson says Sheffield United’s 2-2 draw at Chelsea proves the newly-promoted side can play against the best in the Premier League.

Chris Wilder’s side came from two goals down at half-time to snatch a point at Stamford Bridge, Robinson pulling one back early in the second period before a late Kurt Zouma own goal saw the Yorkshire side claim a point.

Tammy Abraham’s double had seemingly put Chelsea in control in the first half, and Robinson says a talk from Wilder at the interval urging belief was a key factor behind their surprise comeback.

Speaking to BBC Sport Robinson said: “At half-time the gaffer just told us to believe a bit more. Coming to Stamford Bridge after just coming up, it was all new to us but we have to believe, that’s what the gaffer said. We have proved we can play against the best.

“I missed a chance at a crucial time to make it 1-1 but we stick together. Chelsea have players with a huge amount of ability but we dug in, pressed them when we had to do and to a man we worked hard for each other.”

It was the former Preston striker’s first goal in the Premier League, coming just a day after he was called up to the Republic of Ireland squad by Mick McCarthy for their upcoming games against Switzerland and Bulgaria.

Read: Five players with the most assists in a single Premier League season