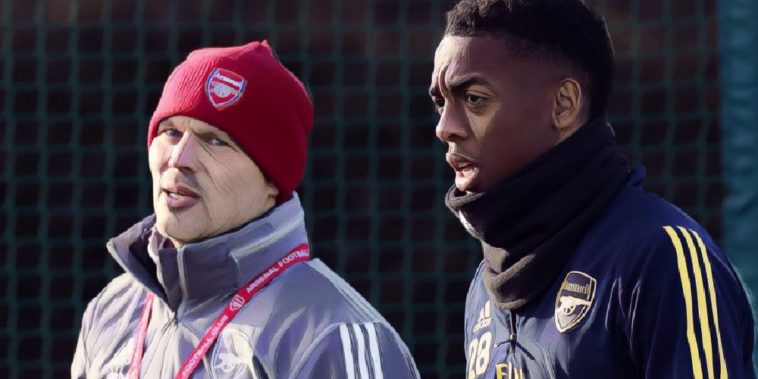 Joe Willock has discussed Freddie Ljungberg’s influence since taking charge of Arsenal on an interim basis and says the club’s poor form is the ‘fault’ of the players.

Willock has been discussing the new manager’s impact ahead of Thursday’s Europa League clash with Standard Liege and admits Ljungberg’s highly successful playing career makes it easy for him to relate to the squad, though the youngster insists the players must take their fair share of the blame for the club’s struggles so far this season.

“I feel like it was not just the manager (that was underperforming) it was the team as well,” Willock said at Wednesday’s press conference. “We needed to improve as a team and that’s what we tried to do.

“Freddie is good at relating to the players because he’s done it and he’s worn the t-shirt. He knows how it feels to be in our position.

“But I feel like it was more of the team’s fault and we needed to improve.”

Willock previously worked under Ljungberg during his time in the club’s academy system, and says he is delighted to have been reunited with the Swede following their respective step-ups to the senior side.

“I worked with Freddie last year and he taught me a lot on and off the pitch, like a mentor,” Willock said.

“I’m delighted that he’s in the job now. It’s good for me and I’ll continue working hard and working with him.”

Arsenal travel to Belgium to face Standard Liege tonight in their final fixture of this season’s group stage. The North London side are all but mathematically assured of their place in the Europa League knock-out stages, though will ensure qualification as group winners with victory this evening.

Blow for Arsenal as Tierney ruled out for three months