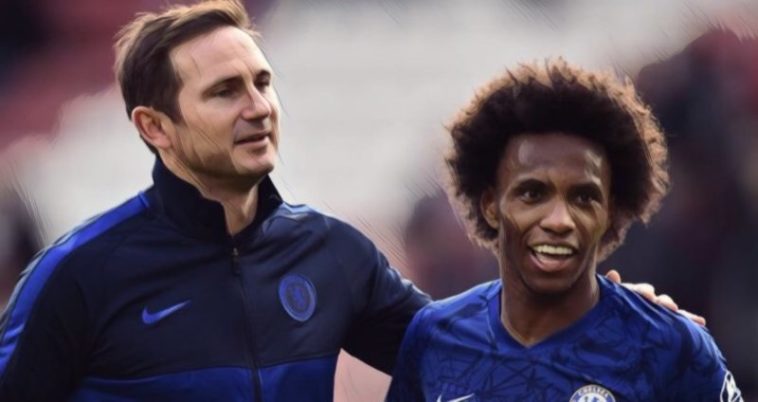 Willian remains determined to see out the season with Chelsea, despite the ongoing concerns regarding the Premier League’s Project Restart proposals.

The suspension of the season has led to much uncertainty surrounding player contracts, despite the Premier League unanimously agreeing earlier this month that clubs could enter into short-term extensions with players whose deals were set to expire this summer.

Chelsea have already announced one-year extensions for both Olivier Giroud and Willy Caballero, though no such agreements have been reached with either Willian or Pedro, the duo set to become free agents from June 30.

According to The Athletic, the former is believed to be keen to remain at Chelsea until the end of the rescheduled season, despite the potential risks involved in resuming the Premier League campaign.

Several notable names – including the likes of Manchester City’s Sergio Aguero and Raheem Sterling – have expressed their safety concerns over a return to football, whilst Willian’s teammate N’Golo Kante has been granted compassionate leave by Chelsea after expressing his apprehension at potentially exposing himself and his family to the coronavirus.

The Athletic are reporting that whilst Willian understands his teammate’s concerns, he remains committed to finishing the current season with Frank Lampard’s side, even though talks of a new deal at Stamford Bridge having reached an impasse over the wingers demands for a three year deal.

The news will come as a welcome boost for Chelsea, with Willian’s risk factor extending beyond the possibility of contracting Covid-19, the winger facing the possibility of picking up a significant injury which would affect his ability to secure a lucrative new contract as an impending free agent.

Arsenal and Tottenham have both been linked with moves to sign the Brazilian international on a Bosman this summer, the 31-year-old having made it clear he wishes to remain playing at the highest level and living in London.

Both sides are likely to be interested in the cost-efficient signing of a player who has enjoyed a hugely successful career in English football to date, winning five major honours including two Premier League titles.