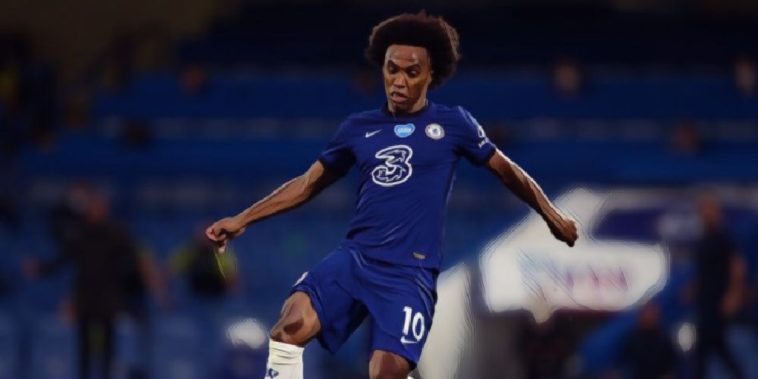 Willian is on the verge of signing for Arsenal after agreeing a £100,000-a-week deal at the Emirates, the winger having turned down Chelsea’s offer of an extension and set to cross the capital on a free transfer.

The Brazilian’s future has been a subject of much debate in recent months with the 31-year-old out-of-contract at Stamford Bridge, with the likes of Barcelona and MLS outfit Inter Miami amongst the clubs to have expressed an interest in signing the free agent.

Willian has spoken of his happiness with life in London and Frank Lampard had been keen to retain the player following his strong form since the Premier League’s restart, though the Chelsea boss was unable to persuade the club’s hierarchy to meet the star’s demands of a three-year deal.

That decision has allowed Arsenal to make their move with Mikel Arteta having now persuaded the two-time Premier League title winner his future lies in north London, with ESPN reporting that personal terms over a three-year contract worth £100,000-a-week have been agreed ahead of the move.

The move represents a bold outlay from the Gunners for a player who turns 32 this weekend, whilst the deal is likely to raise further questions regarding the ethics of Premier League sides following the announcement of 55 staff redundancies at the Emirates earlier this week.

Arsenal announced the decision amid the financial impact of the ongoing coronavirus pandemic, though their lucrative contract for Willian – alongside a prospective new £250,000-a-week deal for captain Pierre-Emerick Aubameyang – makes for a bad look given the uncertainty surrounding the futures of working-class people a world away from the Premier League’s millions.

Read – No ‘I’ in ‘Team’: Five of the best team goals in Premier League history

See also – Gabriel Magalhaes keen on Arsenal, but Man Utd not out of the running yet