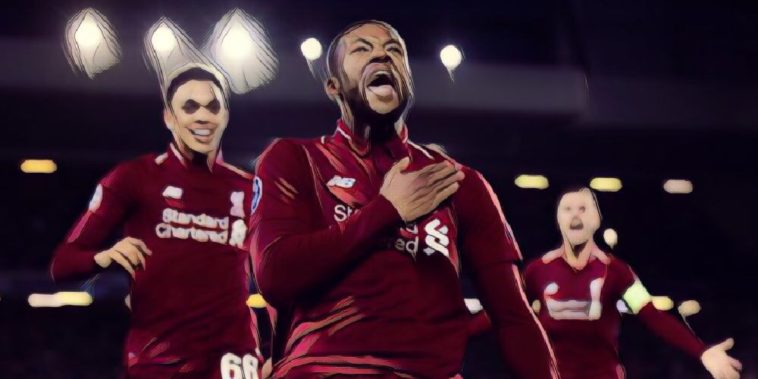 Georginio Wijnaldum has dismissed suggestions that Liverpool are favourites ahead of this week’s Champions League final.

Liverpool face Tottenham in an all-English affair for Europe’s biggest prize on June 1, with the bookmakers making Jurgen Klopp’s side favourites to lift the trophy for the sixth time in the club’s history.

The Reds finished 26 points ahead of Mauricio Pochettino’s side in the Premier League this season, beating them home and away, however, midfielder Wijnaldum insists both sides are capable of winning and labelled the game as ’50-50′.

“I don’t really think about favourites because in a game everything can happen. In 90 or 95 minutes two teams will make a chance to win the game,” Wijnaldum said at a pre-match press conference.

“Everyone makes us favourites because we finished higher than them in the league and won two times against them, but if you look at the second game in the second half, it was quite difficult.

“For a long time it was looking like the game would end 1-1 but we had a little bit of luck for the second goal.

“If you compare the teams to each other, it is 50-50 if you can win the game. That’s why it’s important to start the game well, focus and give everything we have.”