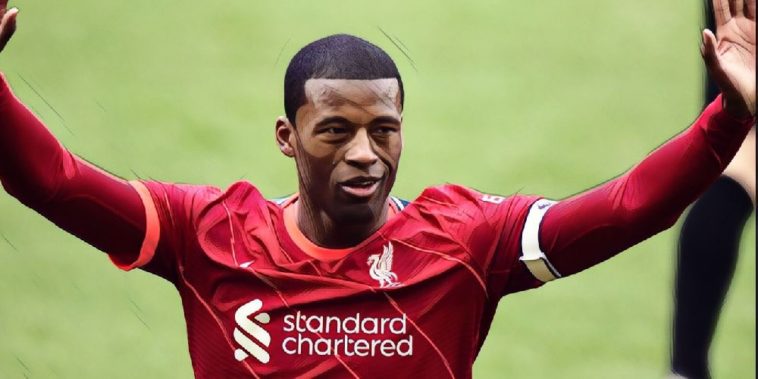 Georgino Wijnaldum has seemingly confirmed his imminent Liverpool departure after featuring in the clubs 2-0 win over Crystal Palace.

An exit has been rumoured to be on the cards for 12 months or so, the Netherlands international having been strongly linked with a move to Barcelona last summer, only for the Spanish side to be unable to reach an agreement.

It was expected that the former Newcastle midfielder would complete a move to the Nou Camp on a free transfer at the end of the season, where he would be reunited with former Netherlands boss Ronald Koeman, though the Dutchman’s future at the Catalan club is uncertain following their somewhat disappointing campaign.

German giants Bayern Munich are now thought to be leading the race to sign Wijnaldum, and having remained coy about his future for the last year, the 30-year-old has now seemingly confirmed his Liverpool imminent exit.

“I’m fighting against tears right now,” he told Sky Sports. “The people in Liverpool have shown me love during the five years. I will miss them, you know?

“I hope to have played many more years for the club but unfortunately things went differently. I have to start a new adventure.

“I knew I went to a big club. I remember that I was sitting in the living room and the manager said when I come to Liverpool we would win prizes. I am happy it went that well. It would have been really painful to leave the club without any.

“It’s really special. Since I’ve joined the fans have sung my name. Week-in, week-out they saw I was giving 100% to give everything for this club. That’s what the supporters want to see and that’s what they appreciate from me. It is something I’m going to miss.”