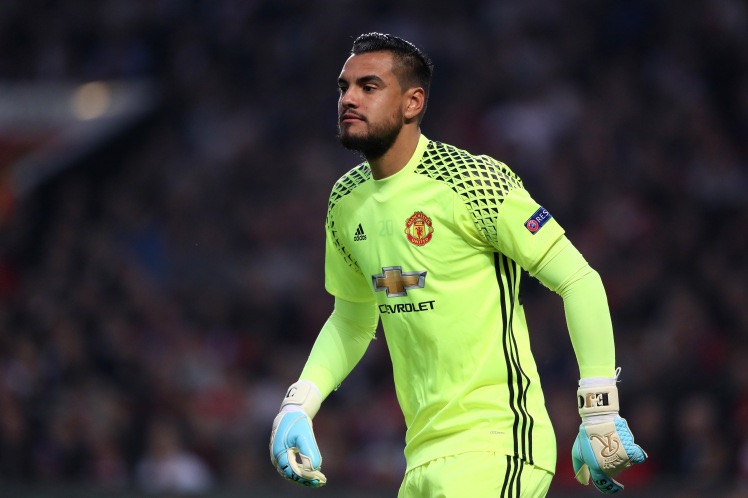 There’s been increasingly fuelled speculation in the last three years that de Gea will return to Madrid – his home city. If he was to move, though, it would be to Real Madrid, having previously played for their cross-city rivals Atletico.

Of course, de Gea was in goal for Atletico in the 2010 Europa League final in their 2-1 extra-time win over Roy Hodgson’s Fulham. He was also Spain’s goalkeeper in their European Championship triumphs of 2011 and 2013 at international level. We know he won’t have a chance to star on the European stage again, but his current understudy is not much of a downgrade on the Spaniard.

Romero, who has played 12 of United’s 14 Europa League matches this season will be given the task of trying to make sure Ajax draw blank. It’s something the Argentine has managed 11 times this season in 17 games across all competitions this term, while only conceding six altogether. In the games where Romero has featured, United are undefeated, winning 13 – he’s been a good luck charm for the Red Devils.

He’s not too shabby at international level either, having racked up an impressive 87 caps for Argentina who have at their disposal one of the best and most technically gifted national pools in the world. In the last three years, Romero has featured in three finals for Argentina including an appearance in the 2014 FIFA World Cup final. Argentina may have come out on the losing side in all three finals, but he only conceded one goal – a stunning volley by Mario Gotze in the World Cup final which handed Germany football’s most prestigious prize. The other two defeats came on penalties to Chile following a duopoly of goalless draws after extra time in Santiago (2015) and New Jersey (2016).

It’s about time Romero’s luck turned in finals, and he came out on the winning side! His more than respectable international CV, and the fact he has been a key part of United’s success in the competition this season, means that it is only fair that he gets the chance to defend the jersey of one of the biggest clubs in the world, against another extremely prestigious club in Ajax.

If United are to emerge victorious and get the chance to play in the 2017/18 UEFA Champions League, then Romero is more than capable of being a part of United’s next European campaign and beyond.

Kasper Schmeichel, Joe Hart and Gianluigi Donnarumma are amongst the other names touted to potentially take de Gea’s number one jersey, but none would be an upgrade on Romero – Argentina’s undisputed number one is Mourinho’s best and most reliable option to replace de Gea.

Romero’s ability was on display at the St. Mary’s Stadium on Wednesday night when he made a string of fantastic saves to keep the scores level after 90 minutes against Southampton, including a penalty save from Manolo Gabbiadini who scored twice against United in February’s EFL Cup final – a game Saints lost 3-2.

Romero’s display against Southampton was perhaps his best in a United jersey, and it was reminiscent of some of de Gea’s iconic displays over the last three years which have propelled him to become one of the best goalkeepers in the world.

If de Gea does move to Real Madrid this summer, the deal would represent a world record deal for a goalkeeper (£61.4 million) – de Gea’s reported release clause. This is a figure that would almost double the previous record which Juventus paid Parma to land the services of the legendary Gianluigi Buffon (£33 million).

The Italian icon has been more than given back to Juventus what they paid for him, and at 39 he can finally secure his dream of lifting the Champions League trophy this year. If Juventus do beat Real Madrid in Cardiff on June 3rd, they and Buffon will earn the right to play in the UEFA Super Cup in Macedonia in August.

Buffon could in fact be lining up against de Gea should United win the Europa League and de Gea decides to stay at Old Trafford. It is also possible that de Gea could line up against United if Real Madrid are able to clinch theirs third European title in four years.

If United were to come up against Real Madrid in the Super Cup, there’s a strong possibility that de Gea’s opposite number could be Romero – his current teammate. Although this is not the ideal scenario for United fans, it wouldn’t be the end of the world. Should United get the £61.4 million asking price from Los Blancos for de Gea, they won’t need to spend it on another goalkeeper, they can spend it on strengthening the squad elsewhere as de Gea’s potential replacement is already at the club.