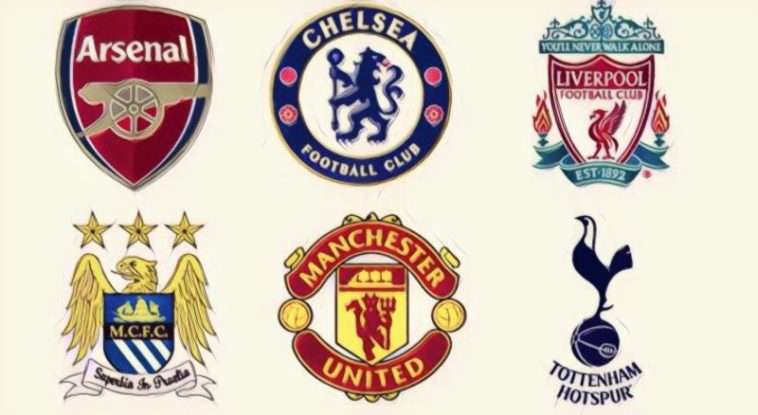 Every club has its own form of history, whether they’re be hundreds of years old or only a few. Here we’ll uncover some of that history and discuss the nicknames of the Premier League teams for the season 2019/20.

Aston Villa is one of the teams that has gone by many different names throughout the years so they have a few. ‘Lions’ and ‘Villans’ were the originals derived from the lion on the team’s crest and the fact that the stadium stands on what was once a villa. The ‘Claret and Blue’ and ‘The Villa’ are now the most popular nicknames, they come from the colours of the kit and an adaption from the original ‘Villans’. ‘Villans’ was often easily confused as it was spelt incorrectly from the word villains.

‘The Gooners’. Possibly one of the most famous nicknames in the English Football League. Arsenal were originally called the ‘Royal Arsenal’ named after the armament’s manufacturer in Woolwich. The club’s history derives solely from this British Armed Forces site in South East London. Due to this history, Arsenal has worn the cannon on their logo all these years. The nickname which began as ‘The Gunners’, slowly developed into ‘The Gooners’ when the team’s firm called themselves the ‘Goon Squad’ in the 1970s. Slowly but surely the two merged to form the nickname we know today as ‘The Gooners’.

To this day, there is still speculation as to how AFC Bournemouth received their nickname, ‘The Cherries’. Some speculate that it is because of the cherry colour striped shirts, others believe it is because Dean Court, their ground, was built next to the Cooper-Dean estate which included many cherry orchards.

This nickname is possibly the most obvious for all the teams in the Premier League. ‘The Seagulls’, for Brighton & Hove Albion. The club is situated on the southern coast of England, famed for sun, beaches and… seagulls. This nickname has taken quite the journey though, originally they were the ‘Dolphins’ from the original crest. Then at a derby against Crystal Palace, fans were heard chanting ‘Eagles, Eagles’ to which the Brighton & Hove fans responded with ‘Seagulls, Seagulls’.

Chelsea Football Club was founded in 1905 after a deal with Fulham FC to play at Stamford Bridge fell through. The team quickly developed into the biggest in Britain with attendances of over 40,000 people. Over the years Chelsea has developed their nickname into ‘The Blues’, as it has always been the colour of their kit, and their crest wore a blue lion. One of their popular club chants even has a blue theme to it ‘Blue is the colour’.

Crystal Palace was originally nicknamed ‘The Glaziers’ which was in reference to the Crystal Palace that was made from steel and glass and also where a lot of the players worked. They became known as ‘The Eagles’ when Malcolm Allison became the manager, known as Allison’s Eagles. During his term as manager, he also changed the club’s kit colours from claret and sky blue, to red and blue. Some people believe Allison was copying European teams with Benfica’s nickname also ‘The Eagles’ and Barcelona playing in blue and red.

Everton is one of the messiest clubs when it comes to nicknames, mainly because they’ve had so many in the past. Their most recognised nickname ‘The Toffees’ or ‘The Toffeemen’, came about when Everton moved to Goodison Park. There are many conspiracies as to how this ‘toffee’ name stuck, but the best-known is that there was a business in Everton village named Mother Noblett’s which was a toffee shop that sold sweets including the Everton Mint.

Since then, Everton have had several nicknames including ‘The Black Watch’ (when their kit was black, named after the famous army regiment), ‘The Blues’ (although trumped by Chelsea), ‘The School of Science’ (after Steve Bloomer called them scientific in 1928), and even as recent as David Moyes proclaiming the name ‘The People’s Club’ when he was manager.

Leicester’s nickname goes quite far back in the club’s history. Although initially there were other names, including ‘The Filberts’ and ‘The Fossils’, the nickname ‘The Foxes’ has remained since its introduction to the club in 1948. Leicestershire is known for foxes and fox hunting, with the club’s crest carrying a fox, and the mascot as a fox, the nickname ‘Foxes’ has stood strong throughout the years.

Liverpool – similar to Chelsea, have a nickname based on colour – ‘The Reds’. Their kits, however, were not always red, when the kits changed from blue to red in 1964 under famous gaffer Bill Shankly, he said it was to try and make the team look scarier to the opposition. The nickname ‘The Reds’ has been around ever since. The Reds last year brought home the UEFA Champions league trophy, will they do it again? You can bet on the UEFA Champions League winner here.

Manchester City has also had its fair share of nicknames. ‘The Cityzens’ is about the city part of the name but also for the fans as the citizens of Manchester. ‘The Blue Moon’ is in reference to City being in a blue kit but also when a fan once mooned a Manchester United supporter who is their biggest derby rival. ‘The Sky Blues’ is about the colour of the kit as well, the emphasis being on the word ‘sky’ so that they differ from Chelsea. Although let’s be honest, most people just call them ‘City’.

‘The Red Devils’. Another incredibly famous nickname in the Premier League, but it wasn’t always that way. The ‘Busby Babes’ was coined in 1951 after two players, Jackie Blanchflower and Roger Byrne made debuts and the Manchester Evening News calling them ‘United’s Babes’ – the name Busby came from the manager at the time, Matt Busby.

After the devastating Munich Air Disaster in 1958, it just didn’t seem right to call another squad the ‘Busby Babes’. Instead, they poached the name from Salford Rugby Club who became known as ‘The Red Devils’ in a tour of France. Busby liked the sound of the name and felt it would intimidate the more inexperienced players they would face.

Newcastle United are also known under several nicknames, including ‘The Geordies’ and ‘The Toon Army’, but their official nickname is ‘The Magpies’. The famous black and white kit is what inspired their most common nickname to date.

Norwich has a rich history, and their nickname originated from that history. In the 16th century when ‘The Strangers’ (immigrants from The Netherlands) came over to England, they brought with them their pet Canary birds. The birds sang whilst the workers were at work, leading to them adopting the bird into the community. The historic story was brought through the club, and they’ve remained ‘The Canaries’ ever since.

Sheffield United’s nickname is ‘The Blades’ which gave a nod to the history of the region and their steel production.

Southampton’s nickname also pays close attention to their roots. The team was founded in 1885 by the young men at St Mary’s Church – and to this day they are known as ‘The Saints’. The church is still standing and is only a few minutes’ walk from the ground.

The nickname for Watford was also taken from the colours of their kit, yellow and black – making them ‘The Hornets’. The crest of the club used to have a hornet on it until it was changed to picture a hart, (a male deer) as the county of Hertfordshire, where Watford is, contains many deer.

West Ham have two very strong nicknames, ‘The Hammers’ and ‘The Irons’ although both derive from the same history. The original team was founded in 1895, as a company team and recreational outlet for local workers of the Thames Ironworks, the famous shipbuilding yard. The nickname ‘The Irons’ has been around since then and when the club crest became two crossed over hammers, the club also adopted the nickname ‘The Hammers’.