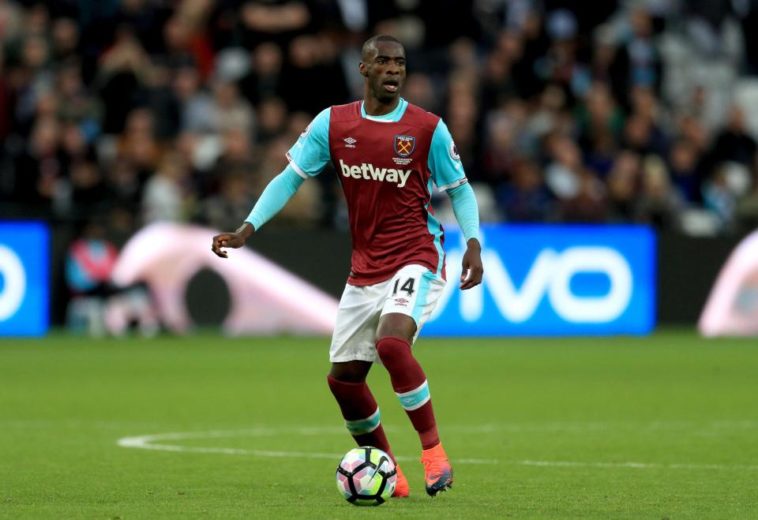 Despite a shaky start to the season, West Ham’s fortunes are on the up recently. Their improved performances have come during a time when they have had a solid midfield pair. We take a look at the the key man in midfield.

The Hammers have had some great midfield players over the years. However the current duo have struck up an excellent on-field understanding. The partnership has all the potential to exceed anything West Ham has had for quite a while.

Noble of course is closing in on 400 appearances for the club. See my previous article about how the Hammers legend is on the verge of joining an exclusive club

The ‘Academy of Football’ graduate is currently the team’s longest-serving player and captain. The two-time Hammer of the Year turns 30 in May and has spent nearly 13 years at the club after making his debut in October 2004. He is one of a rapidly dying breed of one-club men plying their trade in the Premier League.

Obiang however only signed for West Ham in June 2015. He made his debut as a half-time substitute for Reece Oxford in a 2-1 home defeat to Leicester City.

Hammers fans did not see a great deal of the midfielder last season as he invariably started on the bench. Slaven Bilic preferred the central midfield pairing of Noble and Cheikhou Kouyate. The results last season were good and the boss’s decision was more than vindicated.

However, with Kouyate playing more of a defensive role this season, Obiang has had the chance to shine and cement his place in the team. A number of positive performances during October earned him the West Ham Player of the Month award.

Not renowned for his goal scoring, earlier this year on 4th February, Obiang got his first Premier League goal on his 55th appearance for the club against Southampton.

The ball fell to Obiang from a corner, where he controlled it, and then blasted a low shot which found the bottom corner from 25 yards out. In the same game, Obiang also registered an assist as he played a beautifully weighted through ball to Andy Carroll to subsequently score.

Obiang’s performance against Watford last Saturday was possibly his best for West Ham so far. Dominating the centre of the pitch, Obiang was by far the best player on the pitch.

That performance even prompted Co-Chairman David Gold to tell the official club website:

Pedro Obiang was outstanding once again. He is the unsung hero and his stats are amazing. He goes about his business in a very efficient way and I have constantly said he is a very good player. He is getting better with every game that he plays.