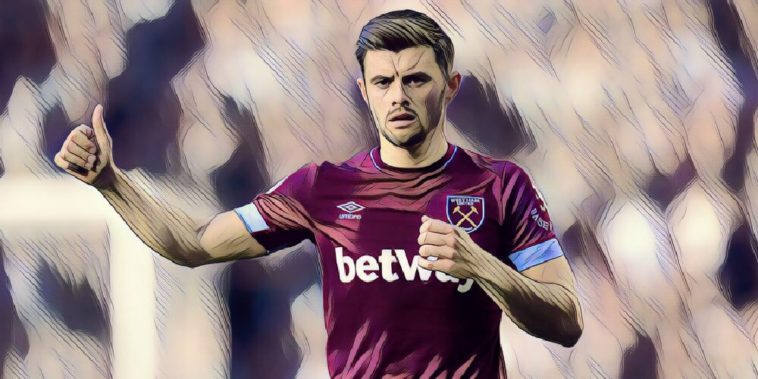 Aaron Cresswell has called for belief from West Ham as the club look to do ‘something special’ this season.

Manuel Pellegrini’s side have begun the new campaign in impressive fashion, with the Hammers unbeaten since the opening day of the season and currently sitting fifth in the Premier League.

Last weekend’s 2-0 win over Manchester United has sparked optimism the club can push for European football this season, and Cresswell is keen for the club to continue their recent momentum as they prepare to travel to face Bournemouth this weekend.

“We want to push into that top eight or top seven,” Cresswell told the official club website.

“We know how difficult that is, especially with the teams in the Premier League now, and going to somewhere like Bournemouth is never easy, but we’re full of confidence and full of belief and we’re looking to go there and win.

“Belief is a massive thing in football, as is confidence, and we’ve kept clean sheets in our last three Premier League games and had some great victories at the start of the season. It’s still early doors, but we just need to keep this momentum going.

“We know it’s a difficult job to break into the top six, but why can’t we do that? We only just missed out on the Champions League four years ago, Leicester won the league, so why can’t West Ham do something special?

“That said, we concentrate on one game at a time and trying to win the next one, and that comes at Bournemouth on Saturday.”

The East London outfit did, however, suffer a humiliating 4-0 defeat at the hands of Oxford United during the week, eliminating the top flight side from the League Cup in spectacular fashion.

See Also: Five of the biggest League Cup upsets in the competition’s history