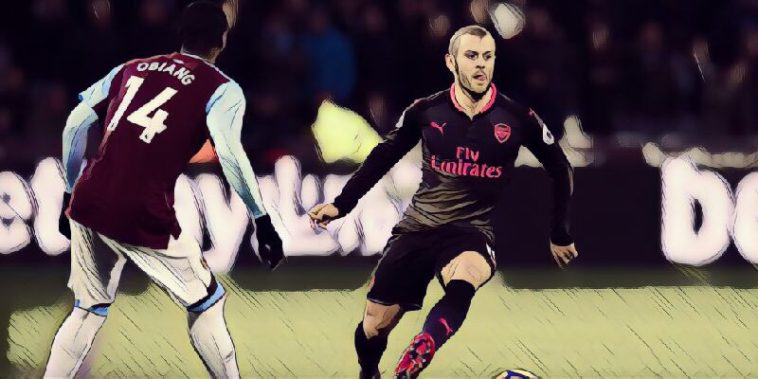 Jack Wilshere could be close to sorting out his future, with reports this morning suggesting that West Ham are ‘close to agreeing a deal’ with the former Arsenal midfielder.

Wilshere officially became a free agent on Saturday when his Arsenal contract expired, with new Gunners’ boss Unai Emery having informed him he wasn’t a part of his first team plans for the upcoming season.

He has attracted the attentions of a number of clubs, both in the Premier League and from abroad, with West Ham, Everton, Crystal Palace and Juventus all having being linked, while there were also reports last week that he was close to agreeing a switch to Fenerbahce.

However, according to Sky Sports, Wilshere is ‘close to agreeing a deal with West Ham’ as his future seemingly takes a step closer to being resolved.

Should he agree to join the Hammers, he would be able to meet up with his new teammates immediately, who have already started their pre-season preparations under the guidance of new manager Manuel Pellegrini.

Wilshere of course was one of the big names to have been left out of England’s World Cup squad, with Gareth Southgate reportedly having doubts over the midfielder’s ability to play so many games in such a short space of time.

In spite of those fears however, Wilshere made 38 appearances for Arsenal last season, comfortably his highest number in a single campaign since 2010/11.