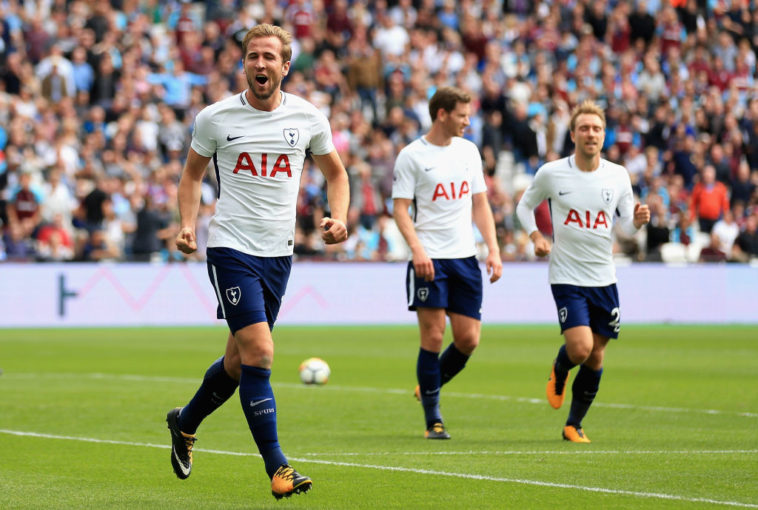 Tottenham walked out of the London Stadium with all three points after a tense finish to the game. Spurs find themselves now in the top four of the Premier League table whilst West Ham continue to struggle in the relegation zone.

Harry Kane’s quickfire double in the first half and Christian Eriksen’s low driven shot had put Spurs 3-0 in front. Goals from Javier Hernandez and Cheikhou Kouyate, aided by a Serge Aurier red card for a second bookable offence fuelled a dramatic finale as West Ham went for the equaliser but in the end it was Tottenham who were victorious.

Javier Hernandez went close for West Ham early on when his long range shot dipped late and Hugo Lloris was grateful to see it fly over the bar of his goal.

Harry Kane missed a chance that was ruled out for offside anyway in the 24th minute, but it only took him 10 minutes after that to make his mark on the game, brilliantly converting a Dele Alli cross after Eriksen had threaded the ball through to him.

His second came four minutes later, and one of the easier goals he’ll ever score; Jan Vertonghen played in Alli, whose shot was saved well by Joe Hart. In the process however he had left his goal open, and Kane simply slotted the ball into the empty net to double his tally.

It was the 60th minute that saw Eriksen grab Tottenham’s third. Serge Aurier crossed the ball in from the right, but it deflected into the Dane’s path. He lashed a shot into the bottom right-hand corner out of reach of Hart’s outstretched arm.

West Ham were given a glimmer of hope five minutes later, when Hernandez headed in after a corner was flicked on by Jose Fonte. Their hopes brightened further in the 70th minute, when Aurier got himself sent off for an unnecessary challenge on Andy Carroll.

A valiant attempt from West Ham to break down the 10-man Tottenham team came to fruition in the 87th minute, a rocket header from Kouyate putting West Ham fans on the edge of the their seats. And despite a high-intensity finish, they couldn’t score again and Spurs gained a valuable away win.