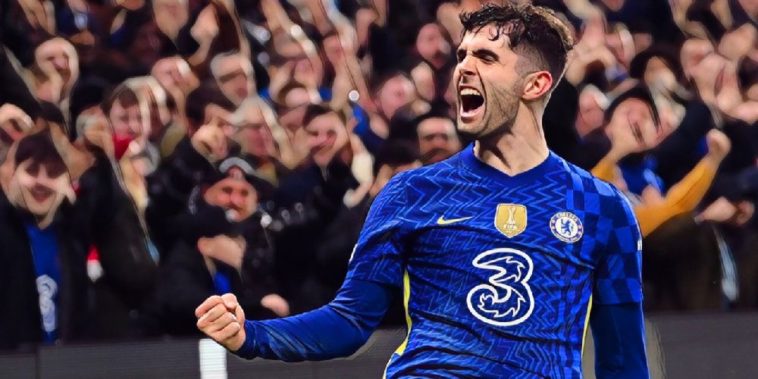 Chelsea earned themselves a first-leg lead after beating Lille 2-0 at Stamford Bridge in the Champions League last 16.

The pre-match focus had centred around Romelu Lukaku, the forward having registered just seven touches in the weekend win over Crystal Palace, a figure that represented a Premier League record low since such records began. Thomas Tuchel has vowed to ‘protect’ the forward amid his ongoing struggles, though opted to omit him from the starting XI, with Kai Havertz being deployed through the middle for the visit of the French champions.

The decision would pay almost immediate dividends, with Chelsea looking dangerous going forward from the off as Havertz twice went close in the opening eight minutes, the second effort forcing a low save out of Leo Jardim. From the resulting corner, however, the German forward would meet Hakim Ziyech’s delivery from the left unopposed to give the European champions the perfect start.

Lille – who had claimed top spot in their group – made a number of forrays forward as they looked to get back into the game in the first half, though seemingly were lacking the required quality and confidence in the final third, despite the hosts looking perhaps a little too happy to sit on their one goal lead at times.

Chelsea would however get a second just after the hour mark, N’Golo Kante going on a driving run straight towards the heart of the Lille defence before the Frenchman slipped the ball into the feet of Christian Pulisic. The American took a couple of touches to set himself, before bending an effort into the bottom right-hand corner to give his side breathing space.

While Chelsea weren’t at their best, it was a largely professional performance from the newly crowned World Champions, who now have an opportunity to claim their third piece of silverware of the season when they face Liverpool in the Carabao Cup final at the weekend.

Kante will win you the ball. 🎶 #UCL pic.twitter.com/N5JUHTuAIT

Speaking after the game, Thomas Tuchel was pleased with his side’s defensive solidity, though said his side were ‘a bit passive’ after taking an early lead, forcing him to change the structure of the midfield.

“With away goals it would be better but we have another clean sheet and a well deserved one,” he told BT Sport. “It was hard work to not allow chances, they are a strong team, we were up and down with good and weaker moments but we never gave big chances away. We were solid, hard team work and a tough game but a deserved win.

“We changed a bit of structure to a midfield of three, we started excellent in the second half then got a bit passive after the goal. We were a bit deep and not active in the last line, we suffered a bit but never conceded chances, defended set-pieces very well and kept the belief. We fought back and scored a very good second goal and had a chance to win with a third goal.”

The game did however see Mateo Kovacic and Hakim Ziyech withdrawn through injury, and the German was asked about their prospects for Sunday’s final: “I don’t know.” he said. “I should have subbed Mateo Kovacic at half-time so could have had one more change. I have not spoken to the doctor about Hakim and hope it is not serious. Today is Tuesday, there are a lot of days to recover until Sunday. We don’t like to have that many injuries and more impact from the bench on a tactical matter. I hope they will be ready for Sunday.”

N’Golo Kante looked back to his dynamic best as he collected yet another Man of the Match display.

“I was very pleased today, it took him a while. He struggled in the last matches with his belief and intensity and game in general. It was good he stepped up today and you can instantly see the impact he makes. He is our game changer. He had a huge impact on the team.”