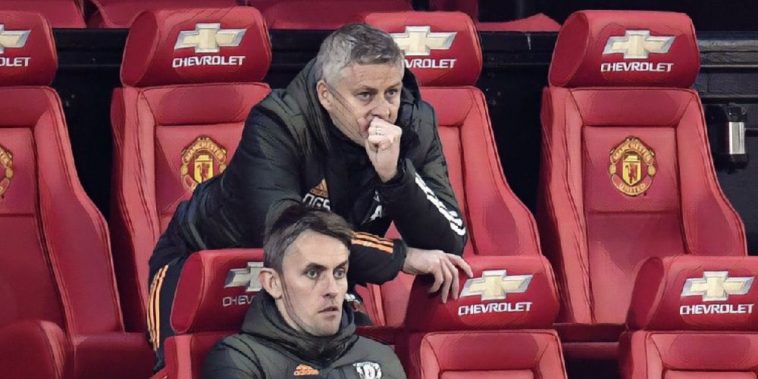 Manchester United made it two defeats in the space of just three days at Old Trafford, after suffering a disappointing 4-2 loss to rivals Liverpool on Thursday night.

Despite fan protests outside Old Trafford once again threatening to impact proceedings, the previously postponed encounter went ahead without delay, United almost making the perfect start after Alisson gifted the ball to the in-form Edinson Cavani, only for the Uruguayan to drag his effort wide.

That lead would eventually come just minutes later, however, Manchester United captain on the night Bruno Fernandes seeing his outside-of-the-boot strike cannon off Nathaniel Phillips and into the net following good work from Aaron Wan-Bissaka down the right.

At the other end of the pitch, the visitors were perhaps controversially denied a penalty midway through the second-half, United defender Eric Bailly having been initially adjudged to have caught Phillips inside the area, before VAR intervened, with on-field referee Anthony Taylor reversing his original decision after consulting the pitchside monitor.

After being involved in the opening goal and the penalty debacle, Phillips then helped his side grab a deserved equaliser, the centre-back’s initial wayward strike finding Diogo Jota, who reacted superbly to flick past Dean Henderson.

Buoyed by the goal, Liverpool took control in the closing stages of the half and made that dominance count just before the interval, Roberto Firmino heading home at the back post following a typically pinpoint Trent Alexander-Arnold free-kick.

Klopp’s men extended their lead right at the start of the second-half, some schoolboy defensive play from the hosts culminating in an Alexander-Arnold effort on goal, the strike poorly dealt with by Henderson, who fumbled the ball into the path of Firmino to tuck home his second.

It could have been four soon after, as Jota saw his effort strike the woodwork, before Marcus Rashford gave his side a glimmer of hope with a well-taken finish following a Cavani through ball.

27 – Only Newcastle (29) and West Bromwich Albion (34) have conceded more home goals in the Premier League this season than Manchester United. Anomaly. #MUNLIV pic.twitter.com/RD7ZbUm2tw

Substitute Mason Greenwood then saw his close-range effort blocked off the line by the heavily involved Phillips, although they couldn’t quite conjure an equaliser, the visitors eventually securing victory with an excellent breakaway goal from Mo Salah.

Having lost to Leicester City on Tuesday night, it’s been a disappointing few days at home for United, with  Solskjaer clearly frustrated with his side’s performance, while also admitting that their opponents were the better side.

“They deserved the win,” he told Sky Sports. “We conceded goals in key moments of the game. We didn’t build on the momentum or break up their momentum. We gave them at least two goals really. Then we scored again, had a massive chance… Key moments went against us.

“Their shape and their pressing is very aggressive. We created our own downfall. The second goal you probably expect no foul there then it’s a bad moment to concede just before half time. The third goal we gave them and that’s really poor.”

Such an abject defensive display came amid the absence of usual everpresent Harry Maguire, the Englishman looking set to miss the rest of the season with an ankle injury, a fact that the Norwegian insists his side will have to ‘deal with’.

“Harry has been really important for us so of course we’re going to miss him, but he’s out so we have to deal with that. It’s about regrouping and building our own confidence again as we have two games and a final.”

“The attitude was right and the focus was fine, we were ready for it. We didn’t build on the good times. We should have gone more for it at the start of the game. Sometimes we let them off the hook and let them play out.”

With a rare free weekend to come after a hectic spell of four games in just eight days, United will be looking to bounce back from this latest defeat when they face relegated Fulham on Tuesday evening, a game set to be played in front of 10,000 supporters.

“Tuesday. We need to find ourselves straight away. We need to build that momemtum and confidence. We should go into that final ready.”