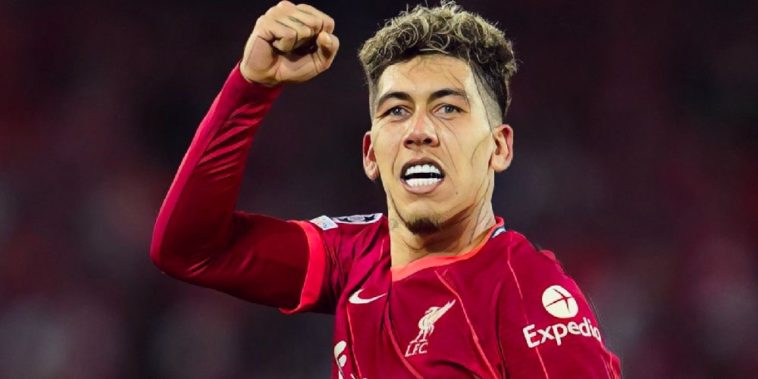 Liverpool secured their place in the last four of the Champions League after playing out a entertaining 3-3 draw against Benfica at Anfield.

The Reds came into the game 3-1 up from the reverse fixture in Portugal and one of the scorers from last week, Ibrahima Konate, repeated the trick after 20 minutes to give his side the ideal start, the 22-year-old summer signing rising highest to power home a Konstantinos Tsimikas corner.

Benfica refused to give up quietly though and kept their hopes alive before half-time when Matias Ramos fired home a powerful finish from the edge of the area.

Liverpool had effectively secured their place in the next round with 25 minutes left to play after Brazilian attacker Roberto Firmino scored a brace of close-range strikes.

Benfica continued to show how effective they could be in attack though and both Roman Yaremchuk and the in-demand Darwin Nunez would finish smartly past Alisson after being played through one-on-one.

Jurgen Klopp made seven changes from the side that played out a 2-2 draw with Man City at the weekend and while the Reds boss admitted it wasn’t a perfect performance, he was quick to point out that all that really mattered was securing safe passage to the semi-finals where his team will face Unai Emery’s Villarreal.

“The day we qualify for the Champions League semi-final and I’m not happy please come and knock me out,” Klopp told BT Sport.

“We made seven changes. The situation was the last line had never played together and it was about details, staying 100% concentrated.

“It was not exactly what we wanted but it is absolutely not important because if we played the best game of the season tonight it wouldn’t have made it more likely to get to the final. We are through and that’s all that matters and I’m really happy.

“The one thing we knew is it will be hard as the last line never played together. You lose the boys like Virgil [van Dijk] and these things are normal. This is not a problem. Benfica kept believing and kept going that’s all. It was important we could make changes and still be successful. that’s fine.”