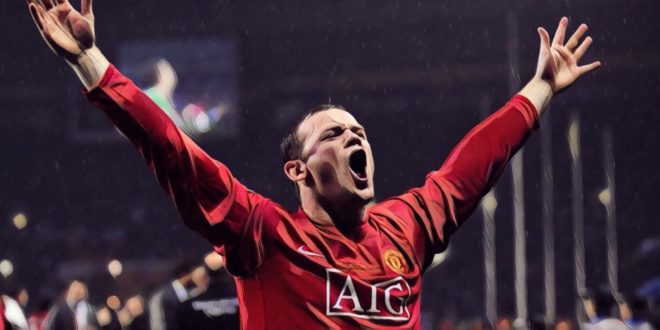 Manchester United travel to face Derby County in the fifth round of the FA Cup tomorrow evening, where they will be greeted by a familiar face in the shape of former captain Rooney who joined the Championship club in January from MLS side DC United.

The 34-year-old is currently working as a player-coach at Pride Park as he enters the final stages of a glittering career, the forward having won six Premier League titles amongst a host of major honours at Old Trafford, in addition to becoming the club’s all-time record goalscorer with 253 goals in 559 appearances.

Solskjaer was full of praise for Rooney ahead of the clash, though the Norwegian is still wary of the threat posed by the veteran as he seeks to guide United into the quarter-finals.

“He’s a threat in and around the box, set plays. He wants to prove there’s still fight in the old dog,” Solskjaer said at his pre-match press conference.

“We’ve got to be on our toes. Don’t give him any space, in and around the box or in midfield. When he plays midfield you can see he’s got Scholesy-like passing range.”

Solskjaer – who played alongside Rooney during his own career as a United player – believes the forward will get ‘a good reception’ from the Red Devils’ travelling support following his record-breaking achievements at the club.

“He’s been a fantastic player for Manchester United,” Solskjaer added. “He played here for so long, he’s the club’s top scorer, he’s won so many trophies.

“I don’t think the fans underrate him. I think everyone really, really appreciates what he did for us. He’s still very welcome, he’s still around the place, he comes to Old Trafford.

“He’ll get a good reception from our away fans in that game, definitely. He gave absolutely everything for this club and we all appreciate that.”