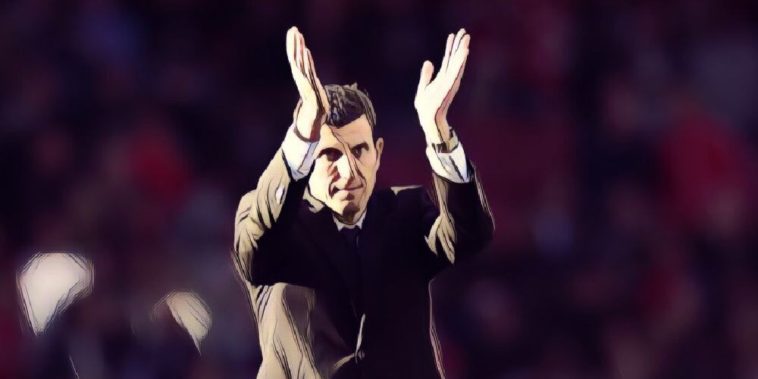 Watford came away from St. Mary’s Stadium with a valuable point after drawing 1-1 with Southampton.

The Hornets were the beneficiaries of a poor refereeing decision on Saturday, after Charlie Austin had a goal disallowed for offside.

Maya Yoshida was the man supposedly committing the offence, although he was seemingly not interfering with play when Austin put the ball in the net.

That goal would have put the Saints 2-0 up and on their way to a rare victory, but Watford equalised with ten minutes to go thanks to Jose Holebas.

While Charlie Austin was expressing his grievances about the decision in an epic rant on television, Watford manager Javi Gracia said it was a fair result in his post-match interview:

“Today I think our idea was to get a win, but in the first half we started losing. In the second we showed character and ambition and were improving. Maybe we could win in the last part of the game but Southampton created good chances. It was fair in the end.”

Gracia had sympathy for the referee, but added his own criticism of Simon Hooper for non-decisions that could have swayed the game in their favour:

“There were different situations that were difficult for the referee. But after 50 minutes, it was a clear penalty. Maybe a second yellow for Bertrand, maybe the game changes.

“I always support the referee because I know the how difficult the job is.”

The Watford manager claimed not to have seen the offside, but reiterated his point that his side should feel equally aggrieved.

“There were a lot of players there, I didn’t see the positions of the Southampton players, but it was in a moment where the penalty came first, which would have changed the game.”

Watford jump ahead of Man United into seventh place in the Premier League following the result, while Southampton sit in 17th.