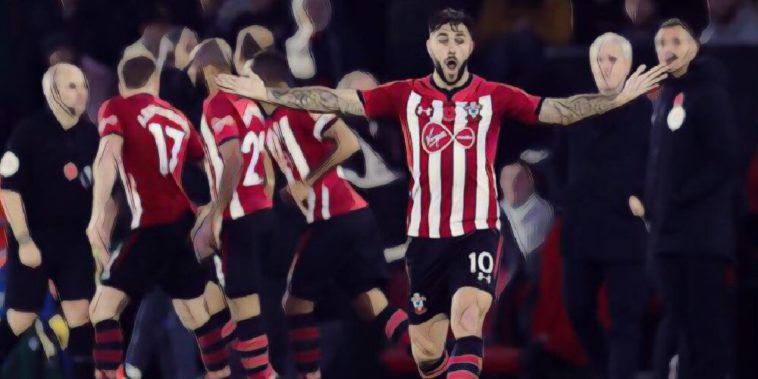 Charlie Austin embarked on an epic post-match rant about referee Simon Hooper and his assistants after he saw a perfectly legitimate goal ruled out for offside.

Southampton managed to pick up a point at St. Mary’s Stadium on Saturday afternoon with their 1-1 draw against Watford, but were denied what would have been a valuable three points by the linesman’s flag.

The former QPR marksman celebrated what should have been the 2-0 lead, before the assistant pointed out that Saints defender Maya Yoshida was in an offside position, despite not interfering with play at any point.

Speaking after the game, the wronged striker embarked on an epic rant:

“It’s ridiculous, they shouldn’t be in the game, We scored a perfectly good goal that was ruled out for offside. The officials cost us two points. They said it was offside, that is a joke,” Austin told the BBC.

“People go on about VAR, they clearly need help. If this is the best, most-watched league in the world then give them all the help they need. It is a joke.

“Sure there are many positives, we worked hard, we deserved three points and we would have got that had we not been let down by the official.

“We feel like we have been let down. I started well, worked hard to be up 1-0 at half-time and we stuck to the plan.

“We didn’t get beat but we should have gotten away with three points going into the international break.

“The performance was there, we can take that away and we should manage the game. I’m angry is what it is, we should have won 2-0.”

It has been a difficult season for Mark Hughes’ Southampton side, who were spanked 6-1 by league leaders Manchester City last time out.