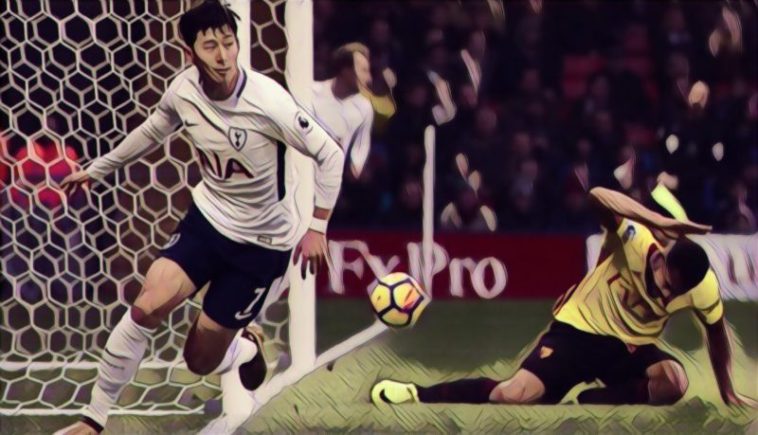 Neither team could come out on top in an eventful game at Vicarage Road, with a Heung-Min Son equaliser cancelling out Christian Kabasele’s early goal.

Here are five things we learned from today’s game:

Tottenham’s poor form in the league continues. Since an unconvincing win against Crystal Palace, Spurs have only managed two points from four games, and only one win in their last six. A demoralising loss to Arsenal, followed by poor games against West Brom, Leicester and now Watford will leave fans concerned heading into the Christmas period. The next two home games against Stoke and Brighton are crucial to build confidence before the clash against Man City.

Going into the game I don’t think Tottenham would’ve been concerned about Abdoulaye Doucouré’s threat to their team. But after seeing his stunning long-range strike cannon off the post late in the second half, he’ll definitely be a name they know now. He’s scored five in 15 games this season, and has been a core player for Watford, but has gone under the radar in the league with all the superstars taking the headlines. Not a player to be underestimated.

Davinson Sanchez was sent off for Spurs after a flailing arm hit Watford winger Richarlison in the face. In the aftermath, Pochettino quickly had to adapt his entire playing style and tactics in just a couple of minutes. In this time, he was able to get Dier to drop into defence, and move the formation to 4-3-2. It was impressive that he was able to shift everything around in such an effective way in such a short space of time.

Sissoko is still not good enough

Moussa Sissoko has frustrated Spurs fans since his then-record signing for £30million last year. Against Watford he had no impact after coming on, save for one powerful run which ended up with a shot into the stands. He looked unconfident on the ball, and didn’t add anything to Tottenham’s attack. Pochettino will surely be thinking about replacing him in January.

Watford need to take their chances

Watford had 35 minutes to capitalise against a 10-man Tottenham, but failed to make the most of the man advantage. They looked threatening on a few occasions, but didn’t cause Hugo Lloris any particular problems. Richarlison and Roberto Pereyra are both very talented players who caused the Spurs full-backs problems. However, they didn’t create enough chances for the Watford strikers. Fans will feel they could’ve done more to try and take all three points from the game.